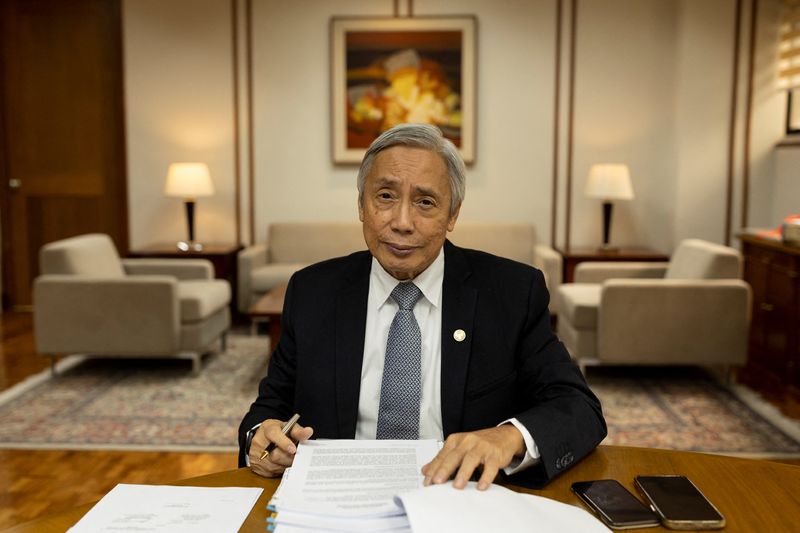 MANILA (Reuters) - Philippine inflation is likely to be closer to 3% in late-2023 and in 2024, central bank governor Felipe Medalla said on Tuesday.

"By the third quarter of this year, inflation will be back to normal," he said.

Annual inflation soared to 8.1% in December, the highest since 2008, bringing the full-year average to 5.8%, outside the central bank's 2%-4% target range.

The central bank earlier this month said it was ready to take all policy action necessary to bring inflation back within the target.

Monetary authorities are meeting for a rate setting meeting on Feb. 16.