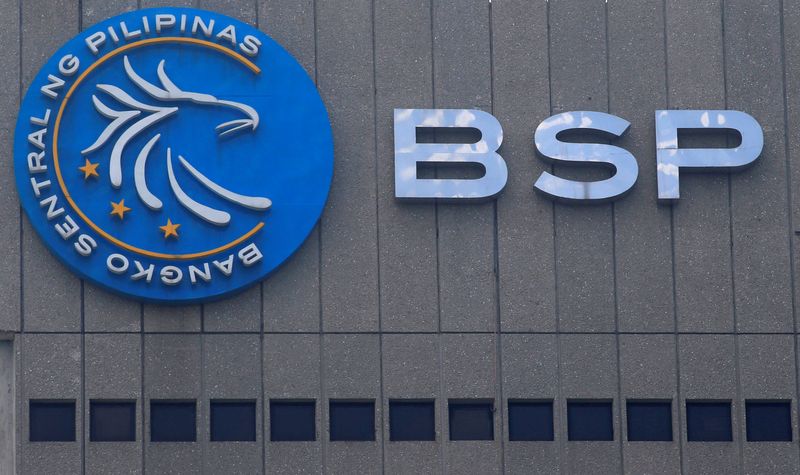 MANILA (Reuters) - The Philippine central bank on Friday revised higher its 2022 and 2023 projections for the country's current account deficits, citing intensifying risks of a global growth slowdown as inflation and interest rates climb.

The Bangko Sentral ng Pilipinas (BSP) now expects the current account balance this year to register a deficit of $20.6 billion, or 5.0% of gross domestic product, compared with its previous forecast of $19.1 billion, or 4.6% of GDP.

"These risks of further downward revision in global growth prospects...are expected to broadly weaken global demand conditions, and hence, the country's external sector," the BSP said in a statement.

The BSP lowered its year-end forecasts for gross international reserves to $99 billion this year, from $105 billion previously, and to $100 billion for 2023, from $106 billion.

However, it said the country's "solid" macroeconomic fundamentals could offset external headwinds, citing strong recovery momentum in the first half driven by the easing of COVID-19 restrictions and expanded vaccination coverage.

Additional support could be expected from inflows such as remittances by Filipinos overseas and business process outsourcing revenues, it said.

The BSP expects remittances to grow 4% this year and next.