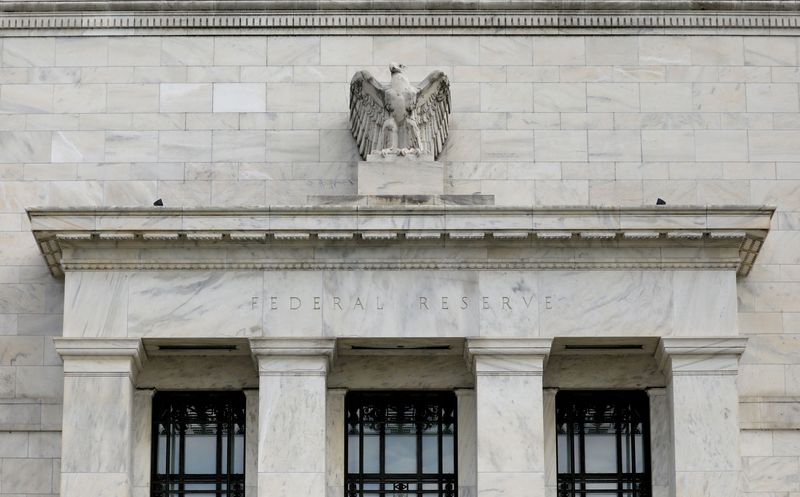 WASHINGTON (Reuters) - Record numbers of U.S. workers leaving their jobs and a slowdown in hiring at front-line businesses may show that the latest COVID-19 wave is denting labor supply, possibly pushing the Federal Reserve further toward concluding that employment is nearing its practical limits.

It fell sharply, by about 15%, in the last days of 2021, and while a seasonal dip was expected between Christmas and the end of the year, the decline was deeper than the roughly 10% drop seen last year. (Graphic: Jobs in real time, https://graphics.reuters.com/USA-ECONOMY/REOPENING/dwpkrragmvm/chart.png)

With job openings still near record levels and consumer demand holding up despite the wave of infections, economists say it could mean more pressure on companies to raise wages - and more pressure on the Fed to declare that its goal of "maximum employment" was close to being met, if not exceeded already.

Meeting that goal is one of the U.S. central bank's precursors to raising interest rates, and policymakers at the Fed's Dec. 14-15 meeting indicated they felt that key benchmark was close. Minutes of that meeting are scheduled to be released on Wednesday, providing more details of a session where the Fed began a more concerted fight against inflation that is running at nearly three times its targeted rate of 2% a year and laid the groundwork for an interest rate increase as early as March.

In an essay published on the website Medium, Minneapolis Fed President Neel Kashkari, prominent among Fed officials who have wanted to delay interest rate increases in hopes of encouraging more job growth, said that as of last month's meeting he had penciled in two rate hikes for 2022 in part because of doubts about how many people will be willing to return to work soon.

"Wages are now climbing rapidly across various income categories," Kashkari wrote in explaining the sharp change in his policy outlook. "The labor market has not fully recovered from the COVID-19 shock ... But how long it is going to take for all prior workers to return is unclear. For now, at least, it appears demand for workers exceeds the supply."

The U.S. Labor Department is due to release its December employment report on Friday.

How the wave of Omicron infections influences the economy and the Fed remains in flux. Some analysts have trimmed their economic growth forecasts for 2022 as a result of the latest turn in the pandemic - but not by much given the scale of infections now eclipsing prior outbreaks.

So far, the new variant appears less dangerous - fatalities and hospitalizations are not increasing as much as the case count - and data on air travel through December, for example, did not show consumers racing to self-isolate. (Graphic: Air travel holds steady, https://graphics.reuters.com/USA-ECONOMY/PIVOT/xmvjonnwmpr/chart.png)

As of the end of November there were more than 1.5 open jobs for each person who declared themselves unemployed, another record that reflects a labor market where wage growth seems primed to continue as workers either quit for better conditions, higher pay, or to avoid getting sick.

"Lots of quits means stronger worker bargaining power which will likely feed into strong wage gains," said Nick Bunker, economic research director for the Indeed Hiring Lab, an arm of the web-based job and recruiting site. "Wage growth was very strong in 2021 ... We might see more of the same in 2022." (Graphic: More jobs than jobseekers, https://graphics.reuters.com/USA-FED/JOBS/egvbkmeoepq/chart.png)