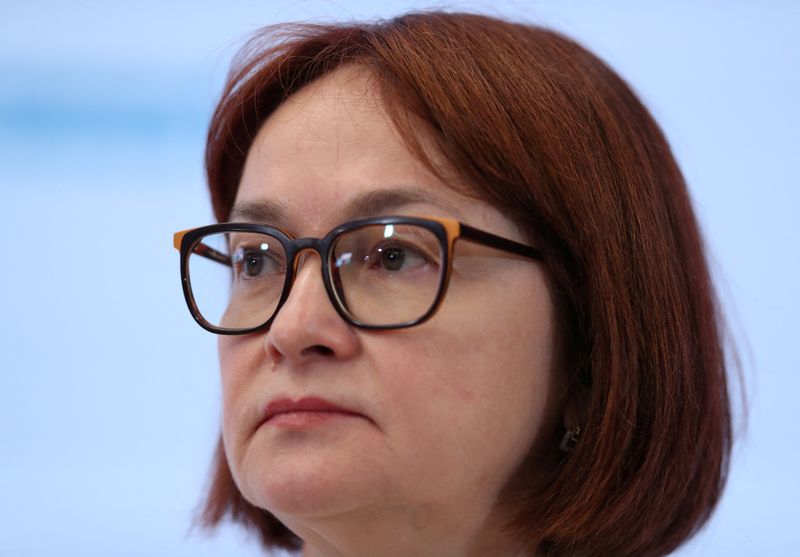 Nabiullina spoke in Russian. The quotes below were translated into English by Reuters.

"As a rule, the inability to pay sovereign debt leads to an outflow of investors, a decrease in the value of state assets. But in the case of Russia, this has already happened. No immediate consequences (from a default being declared) are expected. This situation has no effect on the state's fulfilment of its obligations toward residents who have purchased OFZ treasury bonds."

"The (inflationary) expectations of businesses and those of the population remain much higher than the levels they reached with inflation close to 4%."

"As for the slowdown in price growth, we expect that it will continue to occur."

"The very low rate at which prices are increasing in recent weeks cannot be considered as persistent low inflation. To a large extent, this can be explained by price correction after a sharp increase in March. Pro-inflationary risks remain strong."

"A decrease in Russian exports could carry disinflationary risks if companies are forced to send goods to the domestic market."

"We do not include them in our baseline forecast, and our policy is aimed at ensuring that such a risk does not materialise."

"The risk of secondary sanctions remains."

"In the context of sanctions and restrictions, foreign currency transactions for banks and individuals carry certain risks. Banks are trying to reduce the volume of foreign exchange transactions and may even stop offering certain products denominated in foreign currency. But it is important that all this be done in compliance with the rights of bank customers."

"We think that an improvement in the prospects for economic development, the indexation of pensions, will contribute to an increase in consumer activity."

"The budget for next year is now being discussed. We consider it very important to return in the future to one or another budget rule and an understanding of what the budget framework will be, because this affects monetary policy."

"The situation is uncertain, many things are changing rapidly. It is impossible to foresee our (key rate) move every time."