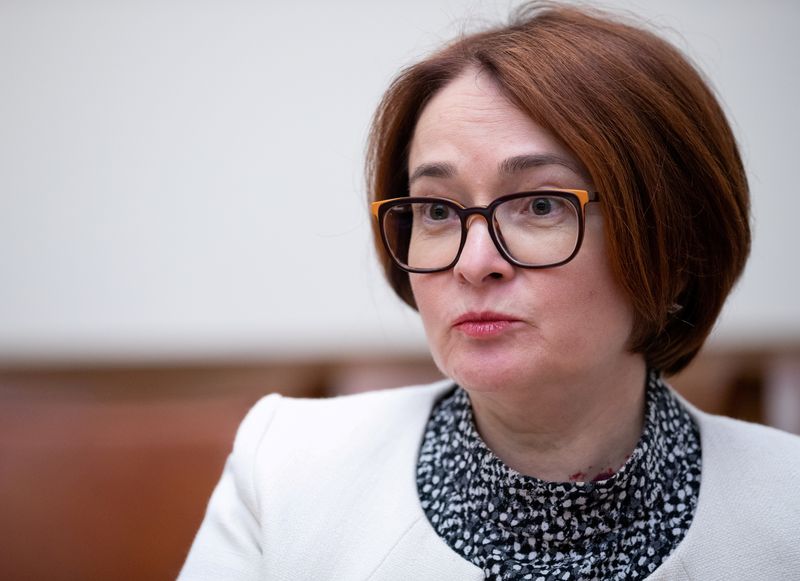 (Reuters) -Russian Central Bank Governor Elvira Nabiullina and deputy governor Alexei Zabotkin gave a news conference after the central bank cut its key rate by half a point to 7.5% on Friday.

The central bank officials spoke in Russian. The quotes below were translated into English by Reuters.

"We really think that the room for a further rate cut is shrinking."

"Of course, we will look at the data, we cannot rule out some other movements, but the likelihood of a rate cut has decreased."

"We assess that we are in the zone of a neutral monetary policy."

"We see that one-time disinflationary factors are gradually losing their strength, while inflationary risks are growing."

"People are now more inclined to save than to spend."

"We are concerned that inflation expectations remain high."