Russian oligarchs to be targeted in U.S. aid package for Ukraine, Schumer says 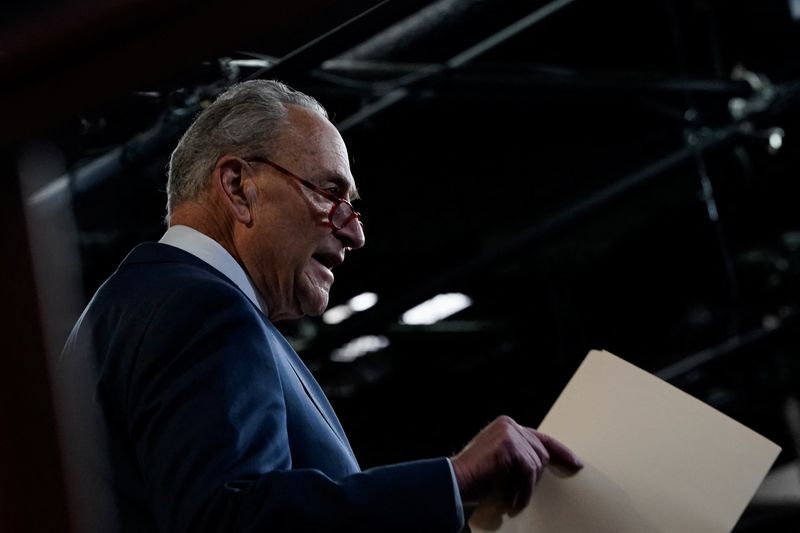 (Reuters) -U.S. Senate Democratic leader Chuck Schumer said on Sunday he will add provisions to a $33 billion Ukraine aid package to allow the United States to seize Russian oligarchs' assets and send money from their sale directly to Ukraine.

"Ukraine needs all the help it can get and, at the same time, we need all the assets we can put together to give Ukraine the aid it needs," Schumer said at a media briefing in New York City.

President Joe Biden asked Congress to approve $33 billion in assistance for Kyiv on Thursday in what would mark a dramatic escalation of U.S. funding for Ukraine more than two months after it was invaded by Russia.

Schumer said the Biden administration had asked lawmakers to insert provisions into the aid bill to help it seize assets, liquidate them and send Ukraine the money. The U.S. House of Representatives signaled its support for giving the administration more power to target oligarchs profiting from their association with Russian President Vladimir Putin when it approved non-binding legislation on Wednesday.

The $33 billion in funding for Ukraine, which lawmakers have said they want to approve quickly, would be used to provide weapons, ammunition and other military assistance, as well as direct economic and humanitarian aid to Ukraine.