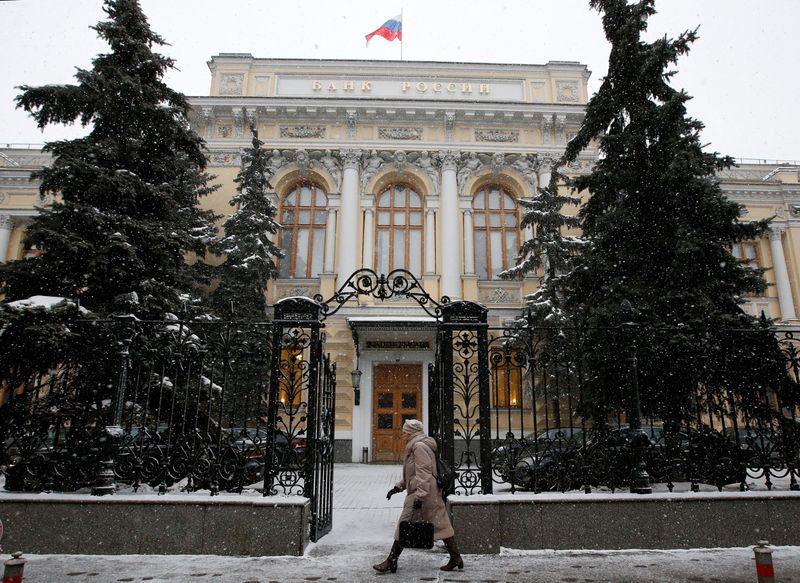 (Reuters) - Russia's economy will begin stabilising in its "new equilibrium" closer to the end of this year after beginning to go through a structural transformation in the second and third quarters, the central bank said in a report on Wednesday.

"Although monetary policy conditions have changed significantly, price stability remains the unconditional priority of the Bank of Russia's monetary policy," the bank said.

It said the rouble would stay floating and was assuming that the country's fiscal rule would remain unchanged.