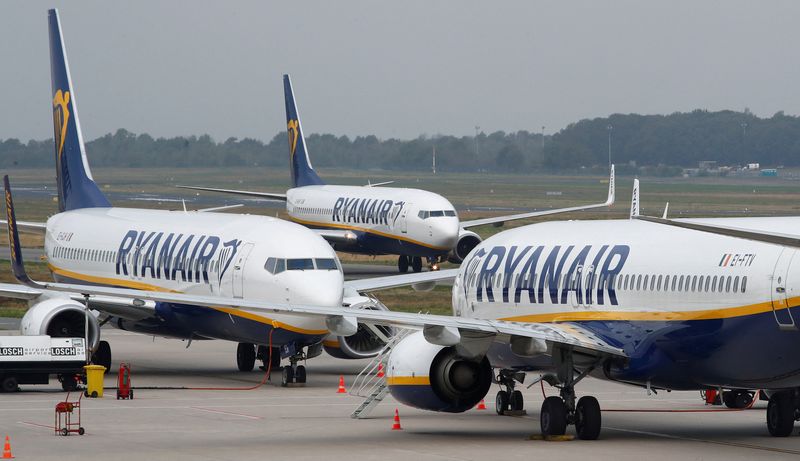 © Reuters. FILE PHOTO: A Ryanair airplane taxis past two parked aircraft at Weeze Airport, near the German-Dutch border, during a strike of Ryanair airline crews, protesting the slow progress in negotiating a collective labour agreement in Weeze, Germany, September

DUBLIN (Reuters) -Ryanair blocked media from attending its Annual General Meeting on Thursday, informing reporters as they arrived for the event that they would not be given access.

A Ryanair spokesperson said the decision was taken on Thursday morning, but declined to say why.

The decision comes a day after the Irish Independent newspaper reported that Ryanair had denied access to the event for one of their reporters, John Mulligan.

It said Ryanair had offered access to any other reporter but the newspaper refused, saying Ryanair should not be allowed to dictate who covered the event. The paper quoted the National Union of Journalists as saying that any attempt to dictate who covers a story would be unacceptable.

Ryanair declined to comment on whether Mulligan had been barred.