Ship that ran aground in Suez Canal has been refloated, canal operator says 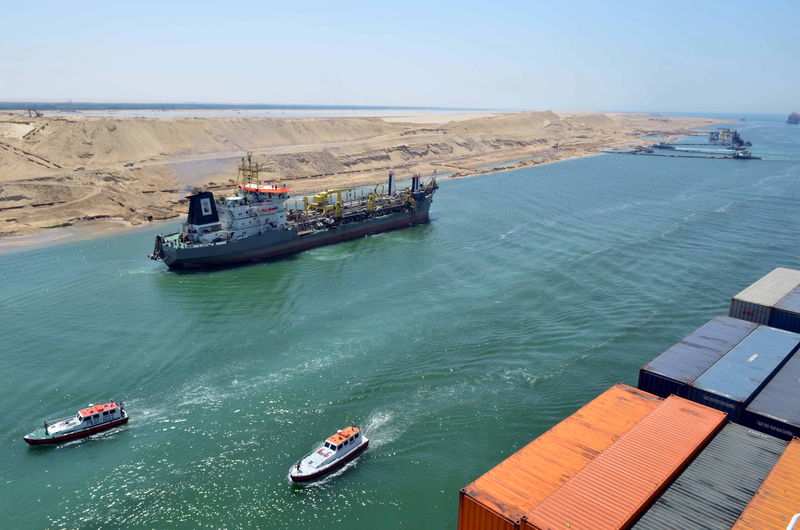 Investing.com -- The Suez Canal Authority said it had refloated a ship that ran aground earlier on Monday, avoiding a repeat of the blockage that badly hit global trade flows in 2021.

The MV Glory, a 225-meter, Liberian-flagged vessel carrying Ukrainian corn to China, had struck the western bank of the Canal in one of its narrower stretches earlier on Monday, near the city of Qantara, in the Suez Canal province of Ismailia. The circumstances leading to the incident are still unclear. However, Leth Agencies, a Canal services firm, said three tugs dispatched by the SCA had managed to pull the ship away from the bank, allowing traffic to resume.

Leth said that minor delays were still to be expected as a result of the incident.

MV Glory's accident briefly revived fears of 2021, when the massive container ship Ever Given wedged itself between the canal's two banks, blocking the vital trade artery for six days. Around $9 billion of goods passes through the Canal each day.

The Ever Given's misfortune had added to disruptions caused by the COVID-19 pandemic, snarling global supply chains and contributing to the overheating of freight rates that have been part of the global rise in inflation in the last two years.

Last August, a Singaporean-flagged oil tanker had also run aground in a single-lane stretch of the canal, blocking the waterway for five hours before it was freed.

The Canal, originally opened in 1869, has undergone a major widening in the last decade to allow it to accommodate bigger ships.