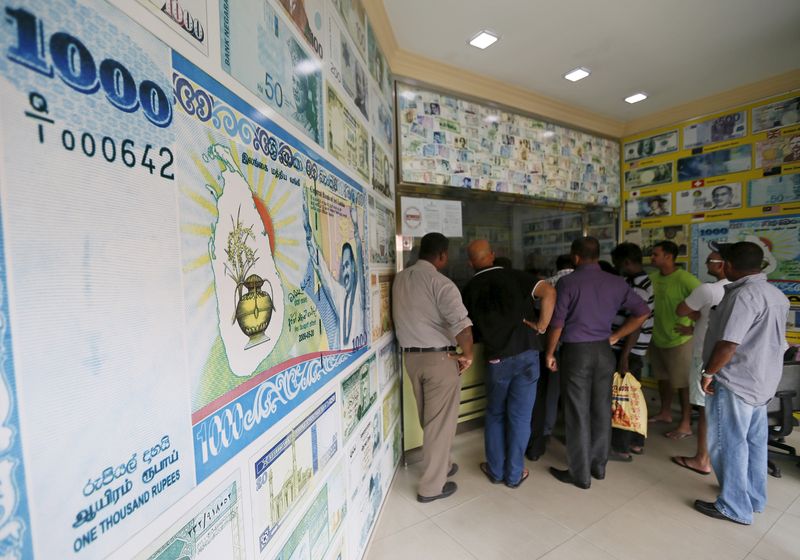 © Reuters. An image of a Sri Lankan one-thousand-rupee note is seen as customers wait to exchange their rupees at a money exchange counter in Colombo September 4, 2015. REUTERS/Dinuka Liyanawatte/Files

LONDON (Reuters) - Sri Lanka's shorter-dated sovereign dollar bonds slipped as much as 1 cent on Tuesday, a day after protests over the government's handling of the economic crisis turned deadly, killing seven people and injuring more than 200.

The 2025 and 2026 bonds traded at deeply distressed levels of around 41 cents in the dollar, according to Tradeweb data. Longer-dated issues eked out small gains.

The premium demanded by investors to hold Sri Lanka debt over safe-haven U.S. Treasuries widens to 3,433 basis points, its highest in three weeks, according to the JPMorgan (NYSE:JPM) EMBI Global Diversified index.