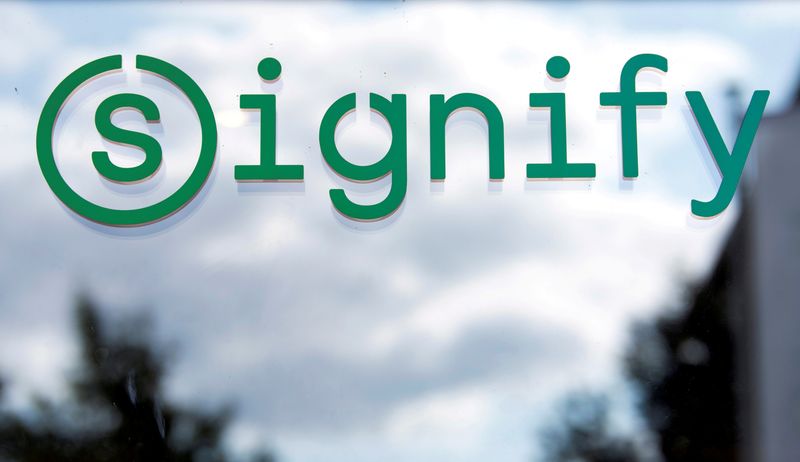 Sales were up 6.4% from a year earlier at 1.8 billion euros, as governments and businesses continued fuel demand for lighting solutions that use less energy.

Component shortages and logistics constraints that plagued the company throughout 2021, however, continued to cause problems, while results were also impacted by the return of COVID lockdowns in China and the Russian invasion of Ukraine.

"Throughout these challenging conditions, Signify continued to see strong momentum in the professional channel in the U.S. and in most of the other geographies," Chief Executive Officer Eric Rondolat said.

Rondolat said he still expected comparable sales to grow by 3% to 6% this year, provided the Chinese market and global supply chain problems do not deteriorate further.

Analysts in a company-compiled poll had predicted average adjusted earnings before interest, taxes and amortisation (EBITA) to remain roughly stable in the January-March period at 173 million euros on sales of 1.7 billion euros.