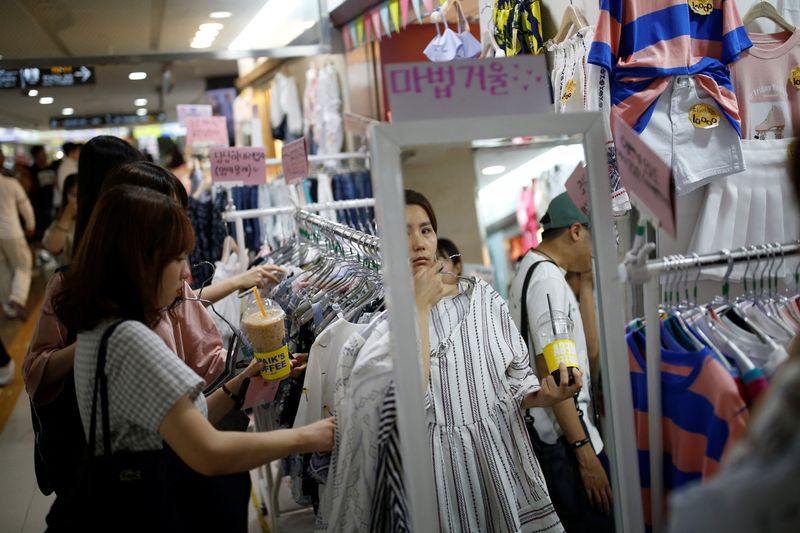 SEOUL (Reuters) - South Korea's annual inflation this year outpaced the central bank's current forecasts and soared to a decade-high, proving to policymakers prices are becoming harder to tame and boosting the case for more interest rate hikes in 2022.

The average consumer inflation rate for the whole year surged to 2.5%, the fastest since 2011 and up from 0.5% in 2020, government data showed on Friday.

That beats the Bank of Korea's 2.3% projection made in November.

December consumer prices jumped 3.7% from a year earlier, slightly slowing from a decade-high of a 3.8% rise in November and beating a 3.6% gain tipped in a Reuters survey.

Rebounding services spending and persistent supply disruptions are underpinning inflationary pressure in Asia's fourth-largest economy and fanning views that the BOK could raise interest rates at its next policy meeting on Jan. 14.

On Nov. 25, the BOK raised interest rates for the second time since the pandemic began to 1.00% and revised up it's inflation outlook as concerns about rising household debt and consumer prices grew.

An index measuring service costs increased 2.6% from a year earlier in December after a 2.4% gain a month earlier, while fresh food prices jumped 6.7% following a 5.6% increase in November.