Soccer-Ratcliffe not giving up on Chelsea bid despite apparent rejection 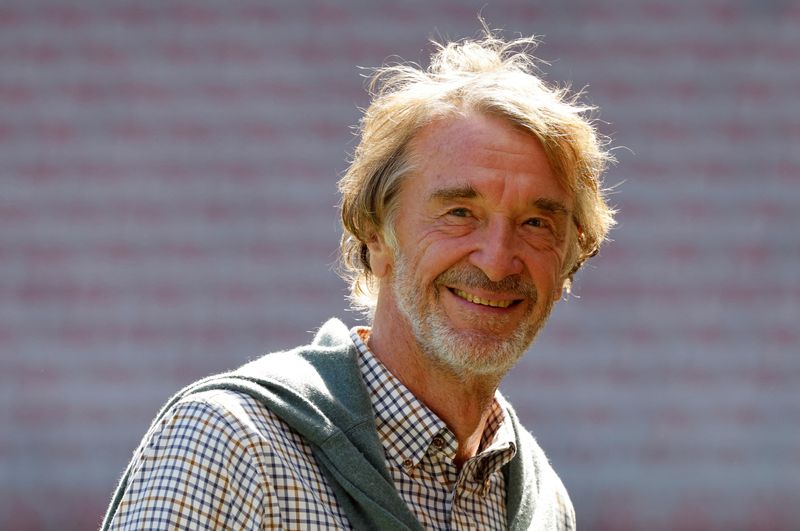 LONDON (Reuters) - British billionaire Jim Ratcliffe said he was not giving up a bid to buy Chelsea despite apparent rejection from the U.S. bank handling the sale of the Premier League club.

Russian owner Roman Abramovich, now subject to sanctions by the British government, put the West London club up for sale after Russia's invasion of Ukraine.

"We presented them (New York bank Raine) with an offer at the end of last week, we haven't heard a great deal back from them which is a bit disappointing," Ratcliffe told the BBC on Wednesday.

"I'd say don't discount our offer, we are very British and we've got great intentions for Chelsea," he added when asked what his message to those overseeing the sale would be.

"We’ve had an email to say, ‘forget it, you’re not in the process’," he said. "That was from Raine, but we’re not giving up because we believe what we’ve got is a bid that makes good sense for the club."

Ratcliffe recognised his move had been late but said it had taken time to reach a fully committed decision.

"We got there at the end of the day and we now are quite committed to that proposal that we've made," he said. "We're not giving up."