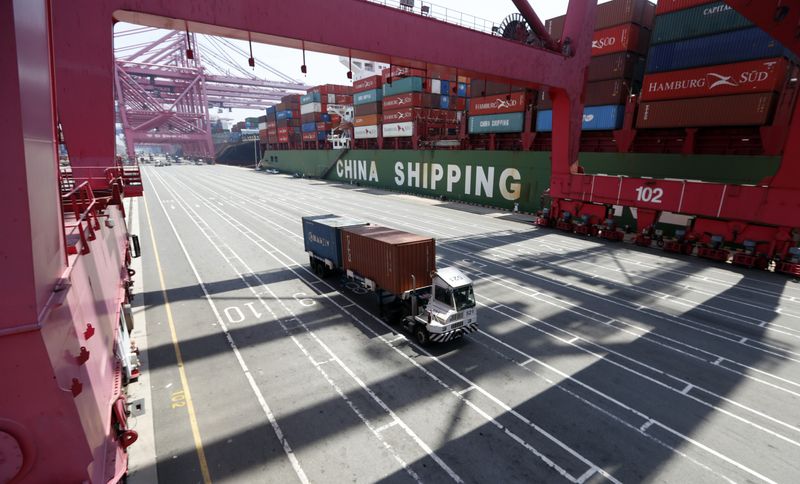 SEOUL (Reuters) - South Korea's exports for the first 20 days of November shrank 16.7% from the same period a year ago, dragged down by weak demand for chips and from China, customs agency data showed on Monday.

The country's imports fell 5.5%, bringing the trade balance to a $4.42 billion deficit, on track for an eighth straight month in the red.

Shipments to China dropped 28.3%, while those to the United States and European Union were up 11.0% and down 1.5%, respectively.

By product, sales of semiconductors fell 29.4% and wireless communication devices lost 20.6%, but those of cars and petroleum products gained 28.6% and 16.1% each.

Full Monthly trade data will be available on Dec. 1.