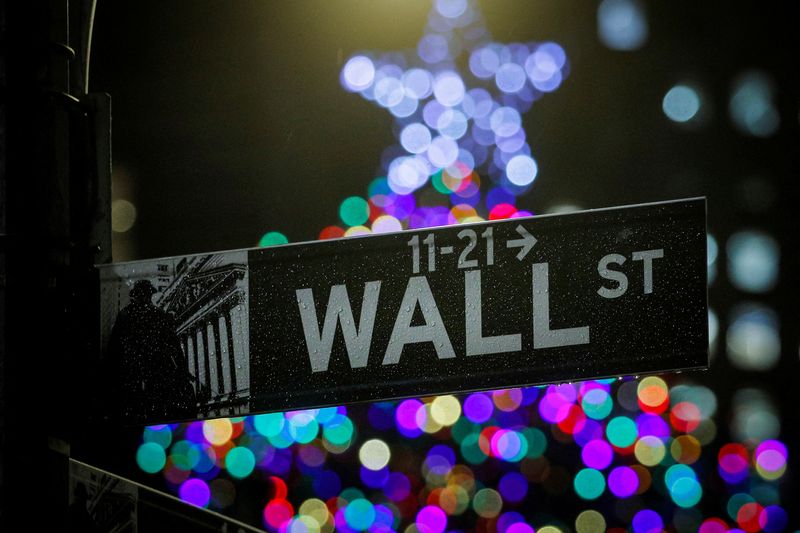 NEW YORK (Reuters) - The S&P 500 and Nasdaq added to losses while the Dow turned lower on Wednesday after minutes from the last U.S. Federal Reserve meeting showed officials said the central bank may need to raise interest rates sooner than expected and reduce asset holdings quickly.

The technology sector was the biggest drag on the S&P 500 and was last down about 2%, and the Nasdaq was also down about 2%. The rate-sensitive real estate sector was down 2.6%, leading declines among sectors.

"This is more hawkish than expected. This shift towards hawkishness could be problematic for both stock and bond markets," said David Carter, chief investment officer at Lenox Wealth Advisors in New York.

Policymakers had agreed to hasten the end of their pandemic-era program of bond purchases, and issued forecasts anticipating three quarter-percentage-point rate increases during 2022.