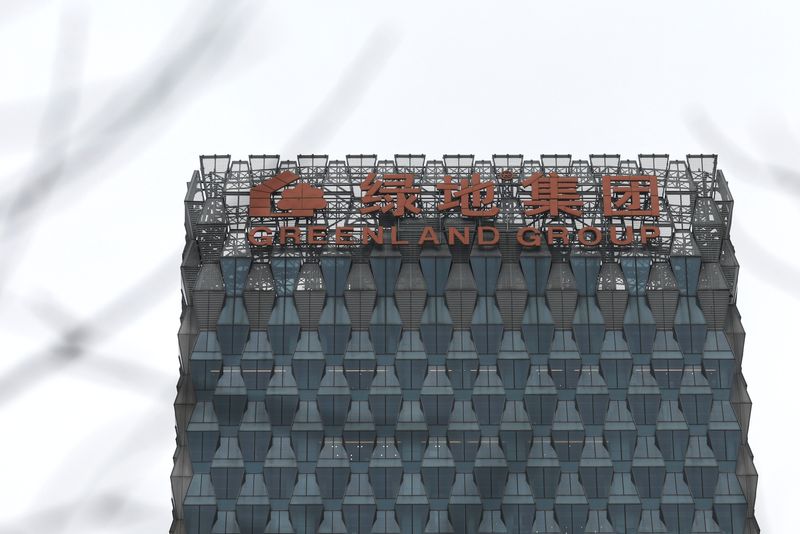 Shanghai-based Greenland is the first state-backed developer to extend a dollar-bond payment since the country's property sector plunged into a debt crisis last year.

"We view the transaction as a distressed debt restructuring and tantamount to a default," the ratings agency said in a statement, adding that Greenland likely would have lacked the resources and funding options to fully repay the notes upon maturity had they not been extended.

Among private developers, many players have already offered bond exchanges to ease their liquidity pressures while a few, including China Evergrande Group and Sunac China, have defaulted on some payments.

Greenland last week secured bondholders' approval to extend the maturity of its 6.75% notes with an outstanding of $488 million by one year to June 25, 2023.

S&P said on Wednesday Greenland still faces a significant amount of offshore debt maturities over the next 12 months, totalling about $2.4 billion.

In a filing last month, the company said the group's business operations, financial performance and short-term liquidity have been adversely affected by COVID-19 outbreaks in Shanghai and across the country as well as the pandemic control measures.

Wu Zhengkui, general manager of Greenland's finance department, told investors that the firm was "fully capable" of repaying on time three other bond tranches due later this year, as the June payment was only affected by cashflow disruptions due to lockdowns since March, according to a memo seen by Reuters.

The bond in question traded at 46.6 cents on the dollar on Wednesday, compared to 46.7 cents in the previous session.

Shares of Greenland listed in Shanghai eased 1.3%, versus a 0.9% drop in the CSI Real Estate Index.