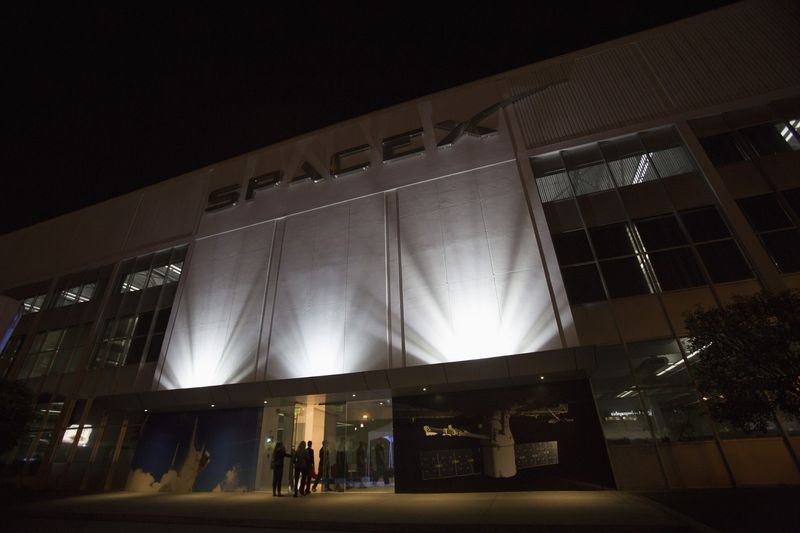 © Reuters. An exterior of the SpaceX headquarters in Hawthorne, California May 29, 2014. REUTERS/Mario Anzuoni

The FCC last month turned down applications from billionaire Elon Musk's SpaceX and LTD Broadband for funds that had been tentatively awarded in 2020 under the commission's Rural Digital Opportunity Fund, a multibillion dollar program in which SpaceX was poised to receive $885.5 million to beam satellite internet to U.S. regions with little to no internet connections.

"The decision appears to have been rendered in service to a clear bias towards fiber, rather than a merits-based decision to actually connect unserved Americans," SpaceX's senior director of satellite policy, David Goldman, wrote in a scathing appeal filed Friday evening.

SpaceX's Starlink, a fast-growing network of more than 3,000 satellites in low-Earth orbit, has tens of thousands of users in the U.S. so far, with consumers paying at least $599 for a user terminal and $110 a month for service.

Announcing the rejection in August, FCC Chairwoman Jessica Rosenworcel said Starlink's technology "has real promise" but that it could not meet the program's requirements, citing data that showed a steady decline in speeds over the past year and casting the service's price as too steep for consumers.

SpaceX under the program had sought to provide 100/20 Mbps service to 642,925 locations in 35 states. The company in its appeal said the FCC erroneously evaluated Starlink's performance.

FCC commissioner Brendan Carr in a statement last month opposed the FCC's decision and slammed the agency for rejecting the funds without a full commission vote.

"To be clear, this is a decision that tells families in states across the country that they should just keep waiting on the wrong side of the digital divide even though we have the technology to improve their lives now," Carr said.