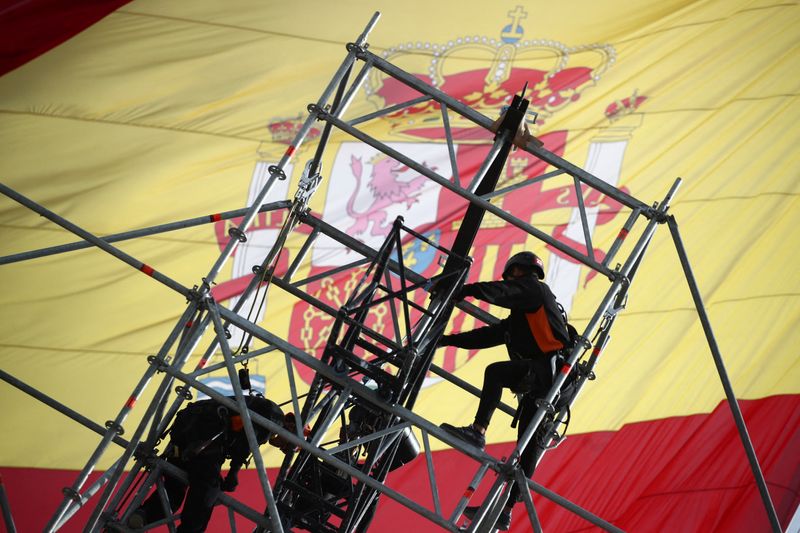 MADRID (Reuters) - Spain's left-wing government has reached a labour deal with unions and employers, the Labour Ministry said on Thursday, ending months of talks and bringing it a step closer to overturning a previous conservative administration's pro-business reforms.

The new deal will give more power to unions in collective bargaining negotiations, limit the extent to which companies can rely on temporary contracts, and make permanent a furlough scheme brought in to cushion the economic blow from COVID-19.

Reforming its labour laws is one of the commitments made by Spain to the European Commission to obtain the second tranche of European recovery funds. Spain expects to receive 70 billion euros ($79.14 billion) in total, but so far only 19 billion euros have been secured.

Negotiations with employers and trade unions to replace the previous text, which was drawn up in 2012 without a broad consensus and has generated significant labour conflict, have dragged on for months.

The 2012 law was agreed as a condition for Spain to receive a bail-out of its banks and concentrated collective bargaining in companies with scant union representation.

This resulted in the creation of new companies who paid wages below sectoral agreements, unleashing tension with unions but also among companies that saw such practice as akin to unfair competition.

Companies will maintain the right to flexibility around issues such as working hours, while wages will be set through sectoral agreements, where the unions have bargaining power.

As Spain is the EU country with the highest use of temporary contracts, the new regulation tightens conditions for their use, limiting them to short periods of time where they are justified.

Improper use of temporary contracts will be penalised with fines and social security penalties.