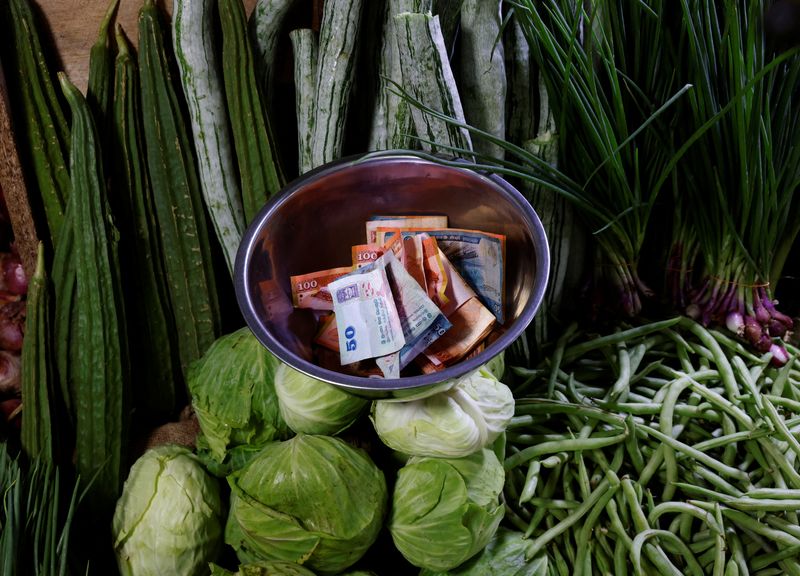 (Reuters) - Consumer inflation in Sri Lanka accelerated to 70.2% in August, the statistics department said on Wednesday, as the island nation reels under its worst economic crisis in decades.

The National Consumer Price Index (NCPI) rose 70.2% last month from a year earlier, after a 66.7% increase in July, the Department of Census and Statistics said in a statement.

The Central Bank of Sri Lanka (CBSL) said in August that the inflation rate would moderate after peaking at about 70% as the country's economy slowed.

The NCPI captures broader retail price inflation and is released with a lag of 21 days every month.

The more closely monitored Colombo Consumer Price Index (CCPI), released at the end of each month, rose 64.3% in August. It acts as a leading indicator for national prices and shows how inflation is evolving in Sri Lanka's biggest city.

Sri Lanka's economy shrank 8.4% in the quarter through June from a year ago in one of the steepest declines seen in a three-month period, amid fertiliser and fuel shortages.

"However, inflation is only likely to moderate and reach single digits in the second half of 2023."

An acute dollar shortage, caused by economic mismanagement and the impact of the COVID-19 pandemic, has left Sri Lanka struggling to pay for essential imports including food, fuel, fertiliser and medicine.

The country earlier this month reached a preliminary deal with the International Monetary Fund for a loan of about $2.9 billion, contingent on it receiving financing assurances from official creditors and negotiations with private creditors.