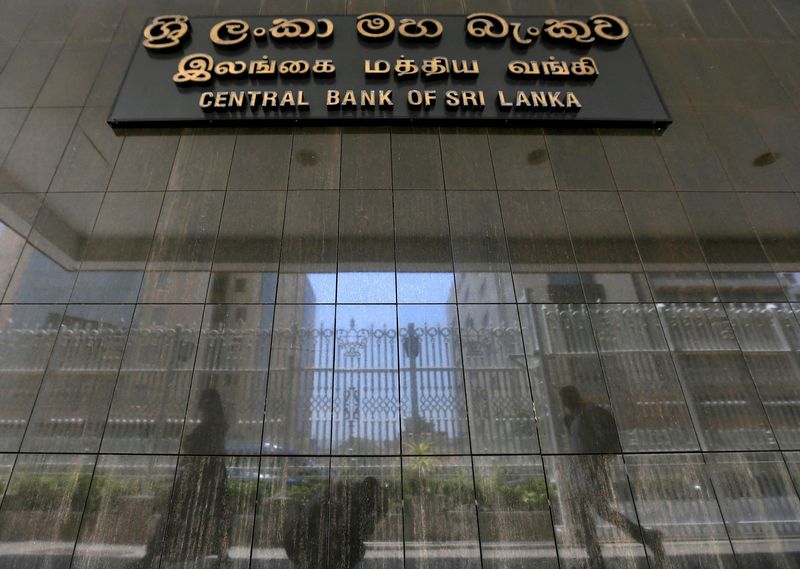 By Uditha Jayasinghe and Swati Bhat

COLOMBO (Reuters) - Sri Lanka needs to implement budget proposals and reform measures to start earning crucial foreign exchange to help stabilise its economy and ensure it does not return to crisis, its central bank chief said on Tuesday.

The Sri Lankan economy can turn around by the end of 2023 if budget policies, which are not limited to the International Monetary Fund's recommendations, are followed, President Ranil Wickremesinghe said in his budget speech on Monday.

Governor P. Nandalal Weerasinghe, in remarks at a discussion on the budget, said the situation in the island nation was stable but at a very low point.

"Budget has to look at what reforms are needed to ensure Sri Lanka remains stable and does not return to crisis," he said.

"We expect relief from creditors but in order to convince them to share the pain we also have to show them that we are taking a share in the pain as well," he added.

Soaring inflation, a weakening currency and low foreign exchange reserves have left the island of 22 million people struggling to pay for imports of essentials such as food, fuel and medicine and in dire need of an IMF bailout.

Sri Lanka signed a staff-level agreement with the IMF in early September but needs to get financing assurances from multiple creditors, including China and Japan, to secure disbursements.

"The next crucial step is to get financing assurances and the IMF programme and additional financial support so Sri Lanka can eventually return to a growth path," Weerasinghe said.

He reiterated the need for Sri Lanka to reform its loss-making state-owned enterprises so they stop being a burden on the banks, the government and the people.

Treasury secretary K. M. Mahinda Siriwardana said at the same event that stabilising the economy remained a challenge and the private sector must perform its role in aiding the government in pulling the economy out of crisis.

He said the government was setting up a Presidential Committee to monitor and ensure timely implementation of budget proposals.

Weerasinghe said Sri Lanka needed to stop depending on debt for its financing requirements and implement measures to bring in foreign exchange.

Addressing chronic fiscal and current account deficits, while also collecting more revenue and maintaining a reasonable level of sovereign debt, were all going to be crucial, he said.

"The economy cannot be reformed overnight. That is a painful process. The next challenge is to implement the budget according to a timeline," he said.