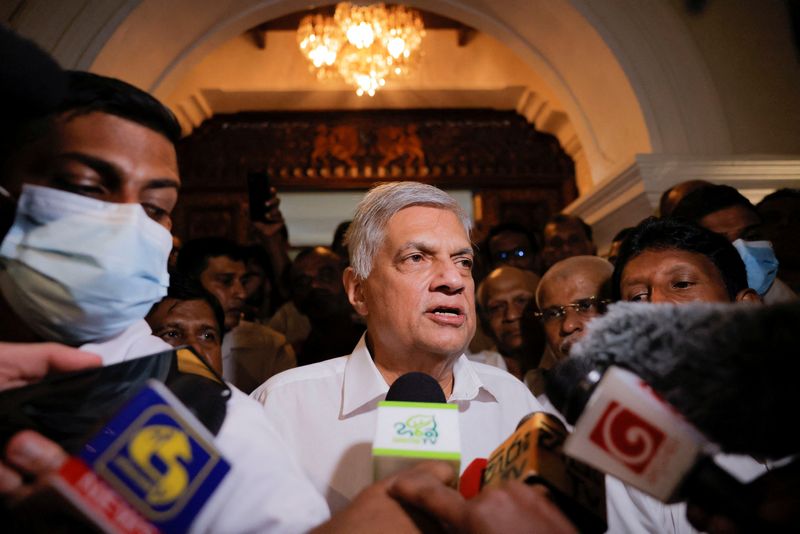 © Reuters. FILE PHOTO - Ranil Wickremesinghe who has been elected as the Eighth Executive President under the Constitution speaks to media as he leaves a Buddhist temple, amid the country's economic crisis, in Colombo, Sri Lanka July 20, 2022. REUTERS/ Dinuka Liyana

(Reuters) -Sri Lankan President Ranil Wickremesinghe said on Saturday that an agreement with the International Monetary Fund has been pushed back to September due to the unrest over the past weeks, the Associated Press reported.

Wickremesinghe, in his first speech since he was elected by parliament, said even though he when prime minister had aimed to reach an agreement by early August, it has now been pushed back by a month, the report said.

Wickremesinghe was appointed after former President Gotabaya Rajapaksa, under whom the discussions with IMF began in April, was ousted on July 13.

The finance ministry on Friday said Sri Lanka had resumed bailout discussions with IMF after the new government took office and talks were highly successful.

The country has $12 billion overseas debt with private creditors.