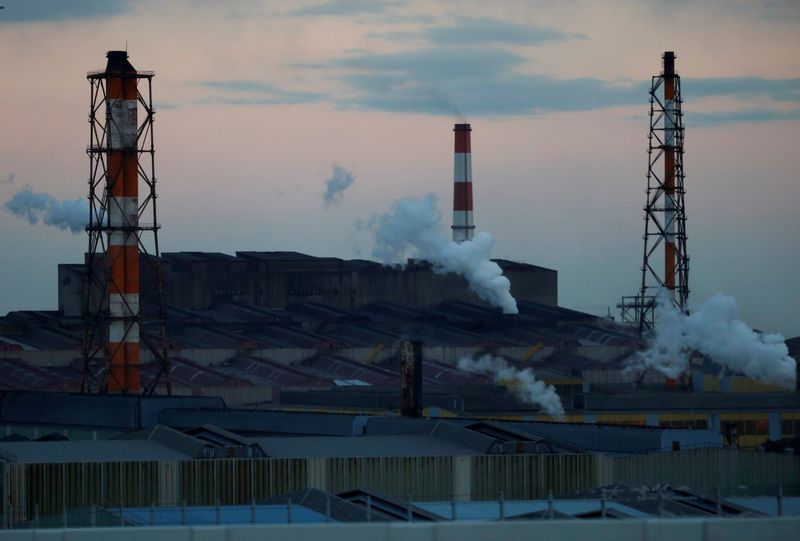 TOKYO (Reuters) -Japan's No.2 steelmaker, JFE Holdings Inc, is seeking to raise product prices by 30,000 yen ($230) a tonne in the April-June quarter or next to reflect soaring costs of raw materials and shipping charges, a top executive said on Friday.

JFE reported a net profit of 288.1 billion yen ($2.2 billion) for the year ended March 31, against a loss of 21.9 billion yen a year earlier, as higher steel product prices more than offset soaring prices of steel-making ingredients such as coking coal.

As concerns increased over supply shortages from leading producer Russia on top of already-tight global supply, coking coal prices have soared 140% by the end of March from a year earlier.

JFE did not provide its earnings prediction for the current financial year, saying it is difficult to make a reasonable assessment due to uncertainty over steel demand due to the Ukraine crisis.

"Before Russia's invasion of Ukraine, global steel demand was on a recovery trend from COVID-induced slump, but it is not clear now how the Ukraine crisis will impact the global economy and consumption," Terahata said.

Still, JFE expects its parent-only crude steel output to be around 26 million tonnes in the financial year to March 2023, against 25.88 million tonnes a year earlier, Terahata said.