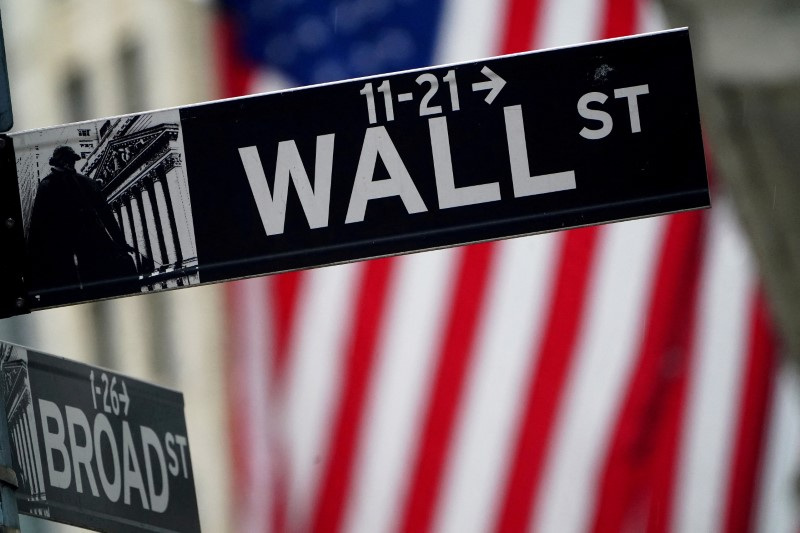 The U.S. currency stands near a 20-year high against a basket of its peers and is up 15.1% in the past year, lifted by a hawkish Federal Reserve and investors seeking shelter from turbulent markets.

A strong dollar can be a headwind for U.S. companies as it makes exporters’ products less competitive abroad and hurts multinationals that need to convert their foreign profits back into the U.S. currency.

Each percentage point of year-on-year increase in the U.S. Dollar Index, which measures the dollar against six other currencies, translates to a 0.5 percentage point hit to S&P 500 earnings growth, analysts at MorganStanley estimated.

"You seemingly can't get a break right now. We're starting to get some relief from oil prices, but you've still got the dollar banging on you," said Bill Stone, chief investment officer at the Glenview Trust Company.

International Business Machines (NYSE:IBM) Corp, Netflix Inc (NASDAQ:NFLX) and Johnson & Johnson (NYSE:JNJ) were among the companies that in the past week cited the dollar’s strength as a headwind, with Johnson & Johnson joining Microsoft Corp (NASDAQ:MSFT) by cutting its guidance due to the impact of the greenback’s rise.

Next week’s results from Apple Inc (NASDAQ:AAPL), Microsoft Corp, Coca-Cola (NYSE:KO) Co and a slew of other companies will give investors a better picture of how businesses are holding up in the face of the strong dollar and soaring inflation.

Investors are also awaiting what the Fed will have to say on those topics at its monetary policy meeting next week, at which it is widely expected to deliver another jumbo-sized 75 basis-point rate increase.

Overall, some 40% of S&P 500 revenues come from overseas, data from FactSet showed. Information technology leads all sectors with 58% of revenues derived internationally, followed by materials with 56%, while utilities companies source just 2% of their revenues out of the United States, according to FactSet.

The dollar’s strength threatens to combine with high inflation, supply chain issues and other factors to weigh on earnings, analysts said.

So far, 5.1% of the S&P 500 companies that have reported their second quarter results have posted earnings above expectations, nearly half the average of 9.5% over the prior four quarters, according to Refintiv data.

Few can say when the dollar will turn, as the inflation-fighting Fed is expected to raise interest rates more aggressively than other central banks, boosting the U.S. currency’s appeal to yield-seeking investors.

Still, some are betting that signs of a peak in the dollar’s rally could balance out some of the damage caused by the burgeoning greenback.

Dollar peaks over the past 40 years have been followed by rallies in the S&P 500, with the benchmark index climbing by an average of 10% in the next 12 months on increased risk appetite and expectations of improving earnings, wrote John Lynch, chief investment officer for Comerica (NYSE:CMA) Wealth Management.

Jim Paulsen, chief investment strategist at The Leuthold Group, said the dollar is trading at a nearly 120% “safe-haven premium” based on its historical relationship to the consumer sentiment index.

Others are looking at the bright side of dollar strength, which some see reflects the belief that the United States can weather a looming global slowdown better than other countries.

Sameer Samana, senior global market strategist at Wells Fargo (NYSE:WFC) Investment Institute, has been increasing his overweight in U.S. equities, betting that any the effects of a strong dollar will be outweighed by better economic growth over the long run.

"We think investors get too focused on the dollar's impact on earnings," he said.