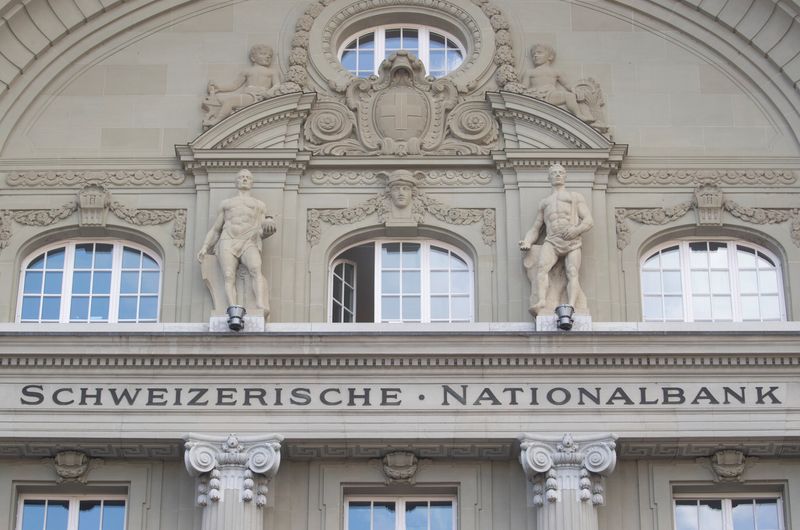 ZURICH (Reuters) - The Swiss National Bank raised its policy interest rate by 0.75 percentage point on Thursday - only the second increase in 15 years - and said it could not rule out more hikes as it joined other central banks in tightening monetary policy to curb rising prices.

The SNB increased its policy rate to 0.5% from the minus 0.25% level it set in June. Previously Swiss rates had been frozen at minus 0.75% for years as the SNB tried to tame the appreciation of the Swiss franc.

Most economists polled by Reuters had expected the SNB to raise its policy rate to 0.5%.

The SNB said by raising its policy rate "it is countering the renewed rise in inflationary pressure and the spread of inflation to goods and services that have so far been less affected. It cannot be ruled out that further increases in the SNB policy rate will be necessary to ensure price stability over the medium term."

"To provide appropriate monetary conditions, the SNB is

also willing to be active in the foreign exchange market as necessary," it added.

The SNB said it was adjusting the implementation of its monetary policy to the positive interest rate environment.

"This ensures that the secured short-term Swiss franc money market rates remain close to the SNB policy rate. Banks’ sight deposits held at the SNB are remunerated at the SNB policy rate up to a certain threshold. Sight deposits above this threshold are remunerated at an interest rate of zero percent. The SNB will also use liquidity-absorbing measures."