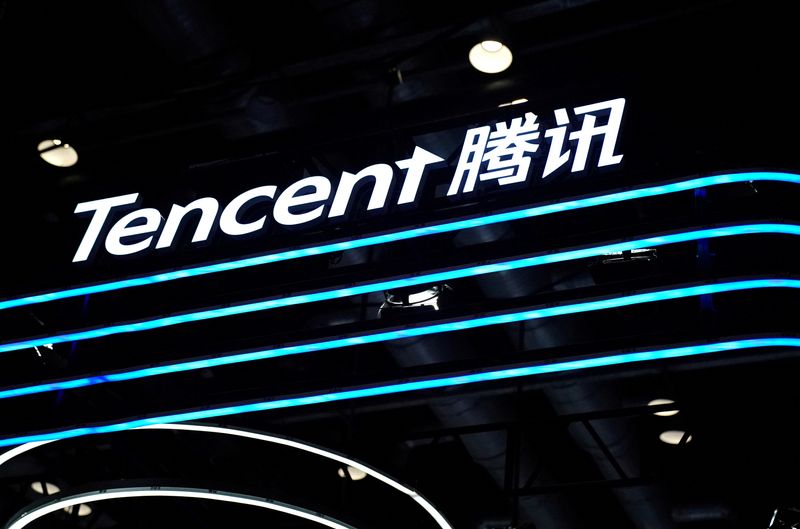 © Reuters. FILE PHOTO: A logo of Tencent is seen at its booth at the 2020 China International Fair for Trade in Services (CIFTIS) in Beijing, China September 4, 2020. REUTERS/Tingshu Wang

SINGAPORE (Reuters) -Chinese gaming and social media company Tencent Holdings (OTC:TCEHY) Ltd has agreed to convert its Class B ordinary shares in Singapore-based gaming and e-commerce firm Sea Ltd into Class A ordinary shares, reducing its voting power to under 10%.

In a statement issued on Tuesday, U.S.-listed Sea said Tencent and its affiliates, which together hold a 21.3% stake in the company, had given an irrevocable notice to convert all their Class B ordinary shares.

Upon conversion, all outstanding class B shares of Sea will be beneficially owned by Forrest Li, the founder, chairman and CEO of Sea, whose market value of $124 billion makes it Southeast Asia's most valued company.

Tencent has also agreed to terminate its proxy to Li after the conversion.

Sea is proposing to increase the voting power of each Class B ordinary share to 15 votes from three.

"The board believes that, as Sea has scaled significantly to become a leading global consumer internet company, it is in the best interests of the company in pursuing its long-term growth strategies to further clarify its capital structure through the contemplated changes," it said.

Sea did not mention the size of the voting stake previously held by Tencent.

Sea said the changes are subject to approval by its shareholders at its annual general meeting set for Feb. 14.

It said that once the changes are made, the outstanding Class B ordinary shares beneficially owned by Li are expected to represent about 57% of the voting power, up from about 52%.

Separately, Li holds about 54% of the total voting power related to the size and composition of Sea's board of directors.