The Great Resignation Worked: Most Job-Swappers Got a Raise 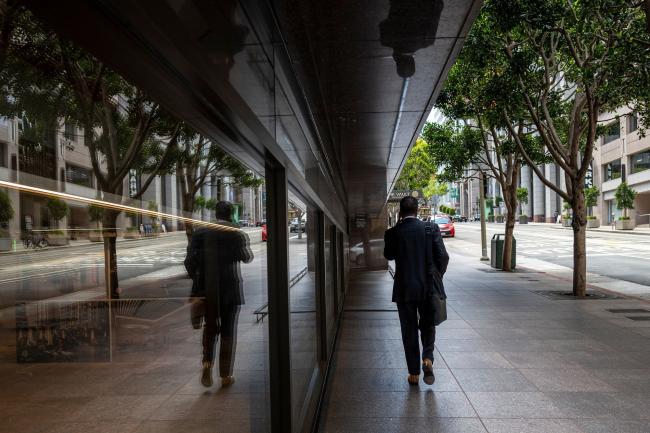 © Bloomberg. A pedestrian on California Street in the financial district of San Francisco, California, U.S., on Monday, May 9, 2022. From Wall Street to Silicon Valley, companies fearful of losing talent are tweaking or scrapping dictates around how often workers need to be at their desks. Photographer: David Paul Morris/Bloomberg

(Bloomberg) -- For the majority of people who quit their job in search of higher pay elsewhere, the wager paid off.

Even as inflation soared, 60% of those who quit between April 2021 and March 2022 realized real wage gains, according to a new report by the Pew Research Center. Less than half of workers who remained loyal to their employers can say the same.

The so-called Great Resignation has brought massive upheaval in the labor market, with quit rates at highs possibly not seen since the 1970s. An average of 4 million workers quit each month from January to March this year, for an annual turnover rate of nearly 50 million workers — about 30% of the workforce — according to Pew’s analysis, which assumes workers don’t change jobs more than once a year.

The report analyzed data from the US Census Bureau, Bureau of Labor Statistics and a survey of about 6,000 American adults conducted in June and July of this year.

As employers have struggled to cope with chronic staffing shortages brought on by rapid turnover, most workers who quit did not immediately jump into a new job. For those who quit this year from January to March, two-thirds were not with a new employer the following month. Instead, almost half left the labor force, while another 18% remained unemployed.

Women who quit were more likely than men to take a break from the labor force, according to the research. Men with children were the least likely to do the same.

The window of opportunity for potential job-switchers may be closing. With fears of recession mounting, many considering a change may stay put for fear that a new, higher-paying gig may be more difficult to get. According to the report, about 20% of workers say they’re likely to look for a new job in the next six months, though nearly 40% say they think landing one will be difficult.

Those with the least sense of stability are more inclined to move, according to Pew, with 45% of those with little job security likely to look for work elsewhere, relative to just 14% of workers who feel most secure. Almost 30% of workers who are financially insecure are likely to consider a change, nearly twice as many who are financially stable.