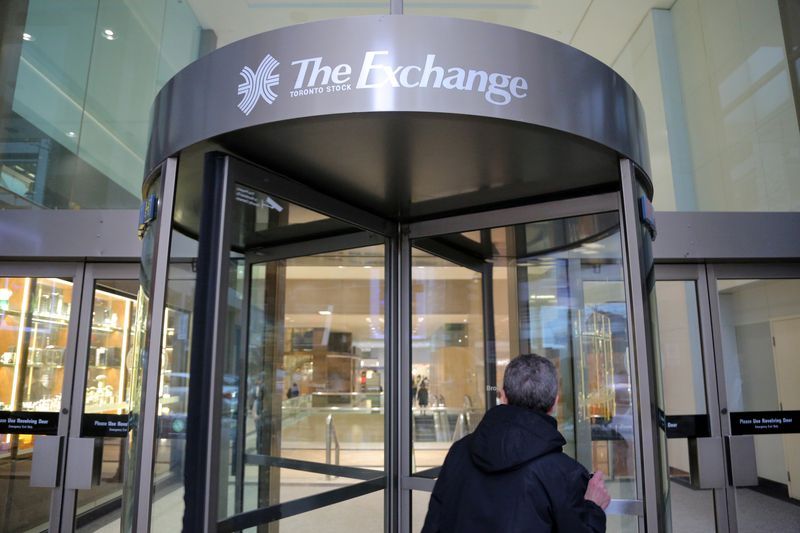 For the month of July, the index was up 4.4%, its first monthly advance since March.

Boosting the index, oil major Imperial Oil (NYSE:IMO) Ltd gained 3.9% after reporting a more than six-fold jump in second-quarter profit as the energy company benefited from a surge in energy prices after the Russian invasion of Ukraine.

"It is really encouraging to see the special dividends and buybacks being announced by these companies," said Greg Taylor, portfolio manager at Purpose Investments. "It's a good reminder for investors as to how much cash flow is being generated by the big energy companies."

Energy stocks advanced 2.9% as oil prices climbed ahead of next week's OPEC+ meeting, with expectations dimming that the producer group will imminently boost supply. U.S. crude oil futures settled 2.3% higher at $98.62 a barrel.

Energy has been the best performing sector so far this year on the Toronto market, up 45%. Its heavy weighting has helped the TSX outperform some major U.S. and European peers.

The materials group, which includes precious and base metals miners and fertilizer companies, added 2.4% as gold and copper prices rose.

Other cyclical sectors, such as industrials and financials, also gained ground as data showed that the Canadian economy likely grew at an annualized rate of 4.6% in the second quarter, above the Bank of Canada's projection.