Traders Pounce on Recession Hedges at Fastest Pace Since 2020 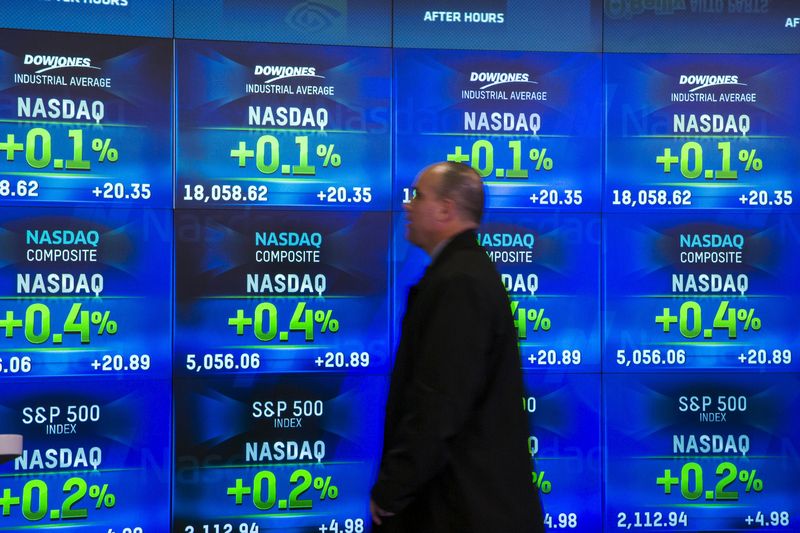 © Reuters. Traders Pounce on Recession Hedges at Fastest Pace Since 2020

(Bloomberg) -- Money managers around the globe are pouncing on market hedges that pay off in a recession at the fastest pace since the dark days of the pandemic as the risk rout deepens.

Fears that an aggressive pace of monetary-policy tightening will tip the world’s largest economy into an economic downturn are on display as traders amass downside stock protection, bid up doomsday Black Swan funds and go long the dollar, among other defensive trades.

The most aggressive US rate hike since 1994 is now seen as all but a done deal as shock inflation data pressures the Federal Reserve to take dramatic steps to cool prices -- in turn spurring slowdown-flashing inversions in key parts of the yield curve.

Accelerating inflation and slowing growth have raised concerns among World Bank officials that the global economy is entering a period of stagflation reminiscent of the 1970s.

Here’s how those fears are playing out across major markets.

A recession-signaling indicator in the credit market has jumped the most since 2020 as investors pile into contracts insuring against defaults among the most precarious corporate borrowers.

The gap between default swap spreads of high-grade companies and their junk counterparts has increased considerably in both the US and Europe.

Known as ‘decompression’ in market parlance, it shows rising fears that some of the weakest credits will be unable to repay their debts once a recession causes their income to shrink.

“Decompression is set to continue if one expects a recession over next 12 months,” said Kshitij Sinha, a portfolio manager at Canada Life Asset Management, which oversees 40.9 billion pounds ($49.8 billion). “I do not see how the US escapes recession, especially given the recent numbers like the University of Michigan consumer data.”

It’s a similar story in the stock market where investors favor European defensive stocks over their cyclical peers by the widest margin since July 2020. On Friday, the US cohort had their worst day against cyclicals in three weeks, with the rout extending Monday.

With negative sentiment building, traders are reloading hedges in the stock-options market after cutting their buffers in May. The Cboe put/call ratio -- the relative trading volume of loss-protecting contracts versus bullish ones -- is as high as its been any time since the pandemic.

The benchmark options index, known as the VIX, surged above longer-dated futures on Monday-- a relatively rare inversion that occurs when fear about the near-term market outlook mushrooms.

The dollar is enjoying its biggest four-day rally since the onset of the pandemic. That’s bad news for developing nations with heavy loads of dollar debt to repay. The IShares JP Morgan USD Emerging Markets Bond ETF fell to its lowest levels since March 2020 when US trading opened on Monday.

Meanwhile, the doomsday talk on Wall Street is proving a boon for Black Swan funds designed to protect against extreme selloffs. The Cambria Tail Risk ETF (ticker TAIL), the biggest of its kind with more than $450 million, is set for its best month since the start of the pandemic with gains of 4.3% so far in June while inflows continue.

Overall, these funds that seek to thrive during dramatic selloffs are headed for their best year since the pandemic, returning nearly 16% so far in 2022, according to data by Eurekahedge Pte.

“Growth is going to slow, and as we move through this year slow more rapidly -- all at a time where the Fed will not be able to pause tightening,” said James Athey, investment director at abrdn. “That means a pretty ugly outlook for the economy and for equities in particular.”