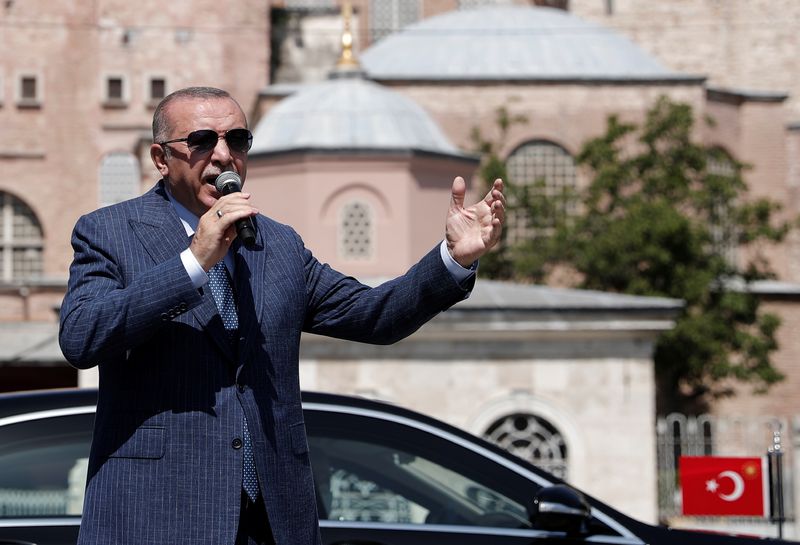 ANKARA (Reuters) - Turkish President Tayyip Erdogan said he will hold discussions at the next cabinet meeting on adopting heavier measures for supermarkets and stores that charge excessive prices for goods, broadcaster Haberturk reported on Monday.

Annual inflation in Turkey is more than 85%.

Speaking to reporters on his flight back from Qatar, Erdogan said previous fines were not sufficient to punish such sellers and authorities are following the issue closely.

"Inspections will continue with very different methods because apparently fines are not improving things... The main point is to make them pay a heavier toll," Erdogan said, according to Haberturk.