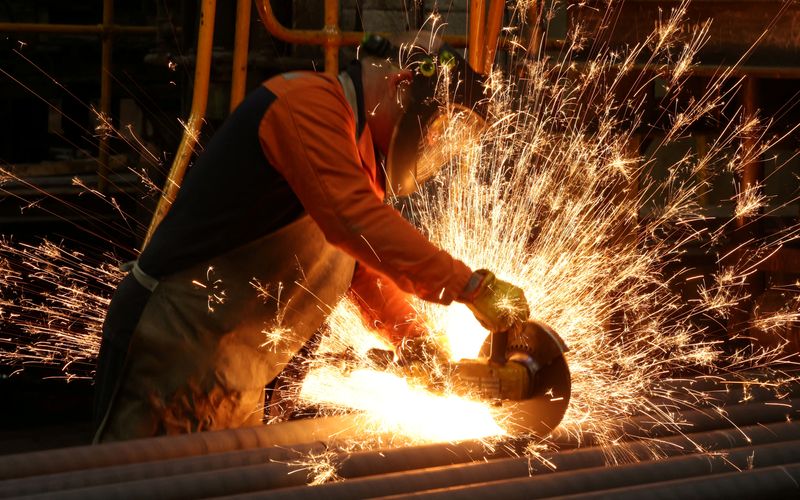 LONDON (Reuters) - British industrial orders weakened a little in November and manufacturers were gloomy about the outlook for the coming months, a survey showed on Thursday.

The Confederation of British Industry's (CBI) monthly order books balance fell to -5 from -4 in October, although it was still above the long-run average of -13.

The survey's gauge of output struck a five-month high, driven by supply chain improvements, but on balance factories surveyed expected output to weaken in the coming three months.

"But little was said about two of the most pressing issues that are currently holding the sector back: the future of the business energy support scheme and access to skills," she said.

"This leaves big question marks hanging over the competitiveness of UK manufacturing."