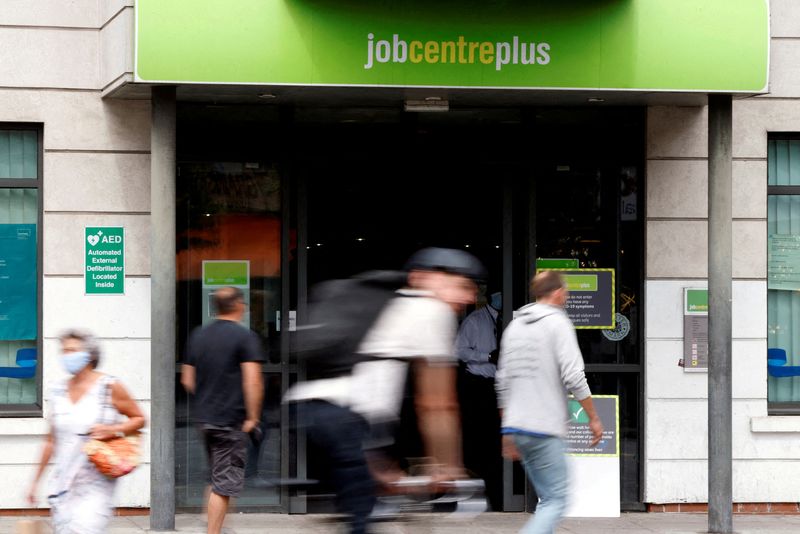 LONDON (Reuters) -Britain's jobless rate rose for the first time in nearly a year, but there were signs of more people returning to the job market, where employers' struggle to fill vacancies has added to the Bank of England's inflation headache.

Economists polled by Reuters had expected the unemployment rate to fall to 3.6%.

But the economic inactivity rate - measuring people who have dropped out of the labour market altogether and therefore do not show up as unemployed - fell by 0.1 percentage points to 21.3% for the February to April period, driven mostly by students.

The BoE is expected to raise interest rates again on Thursday as it tries to stop the recent jump in inflation from turning into a longer-term problem if employers resort to increasing their pay sharply to fill vacancies.

Tuesday's data showed growth in regular pay picked up slightly to 4.2% in the three months to April, despite expectations that it would slow. But growth in total pay, including bonuses, slowed to 6.8% from 7.0%.

A further 177,000 people were employed in the three months to April compared with the previous three-month period, more than the median forecast for a 105,000 increase in the Reuters poll, and the number of unemployed fell by 47,000.