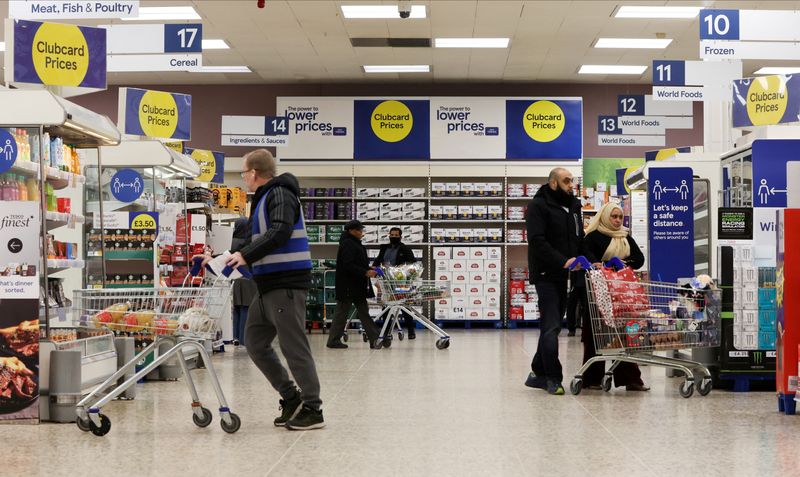 LONDON (Reuters) - The British public expect inflation over the coming year to be 4.9%, up from 4.6% in May and the highest since records began in 1999, a Bank of England survey showed on Thursday.

The survey was conducted between Aug. 5 and Aug. 8, before new Prime Minister Liz Truss took office and announced plans to cap an increase in household energy tariffs.

Longer-term inflation expectations - which are typically of greater concern to BoE policymakers - fell to 3.1% from 3.5%.