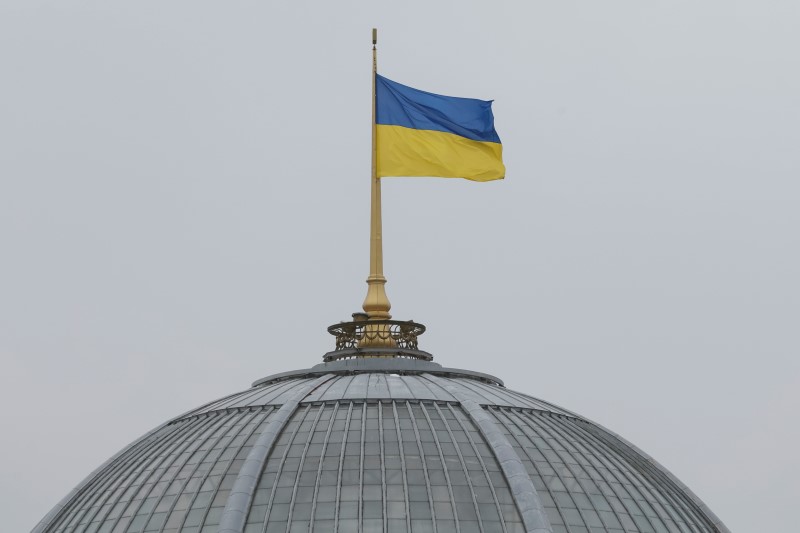 (Bloomberg) -- Blockaded ports in Ukraine are threatening global food security, as the country struggles to reroute grain shipments due to bottlenecks caused by Russia’s invasion, according to Ukrainian officials.

Most of Ukraine’s ports have been shut since the war erupted, limiting its grain exports to rail and road routes via neighboring European Union nations. That has curtailed shipments to 1.1 million tons in April, versus about 5 million tons a month in normal times.

“We have no major alternative to sea transport,” Deputy Economy Minister Taras Kachka said during an online conference on Friday. Rerouting cargoes would take years to organize, and the European Union’s infrastructure currently isn’t set up to handle a massive redirection over land routes, he added.

Ukraine, one of the world’s largest grain exporters, is a key supplier to nations from Europe to Africa and Asia. The war has caused a massive backlog. Kachka said a solution, would need need the assistance of allies including the US, is needed quickly to avoid compromising global food security.

Poland’s Gdansk port and Romania’s Constanta are already overcrowded with supplies from Ukraine as supplies are re-routed, according to Mustafa Nayyem, Ukraine’s deputy minister of infrastructure. Fuel trucks are struggling with clogged checkpoints at the EU border, said Nayyem, who is part of the government’s team helping the country secure supplies after Russia bombed its refineries and depots.