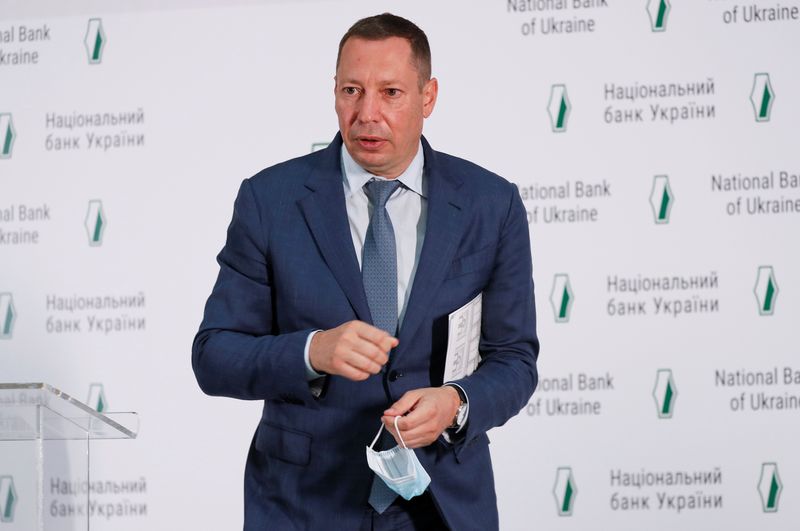 The central bank's international reserves fell to $26.8 billion as of beginning of May from $28.1 billion a month earlier.

"We have an adequate stock of international reserves, despite the ... government's fulfilments of all its foreign debt obligations," Shevchenko wrote on the NV Business media portal.

"With sufficient international financial assistance, we will be able to maintain reserves at the proper level and even increase them."

Inflation in annual terms may increase to 15.9% at the end of April, compared to 13.7% a month earlier, Shevchenko said. By the end of the year it may exceed 20%.

"In times of war, it is impossible to avoid rising prices," Shevchenko wrote, adding, that the central bank will keep its fixed exchange rate as one of the measures to control consumer price inflation.

To manage through the war, the country will need more international financial support, he added. So far, Ukraine has received more than $4.3 billion in international aid.

Gross domestic product is expected to shrink by at least a third, he said.

"The economy will recover, but the losses from the war will be significant," Shevchenko wrote.

(Reporting in Melbourne by Lidia Kelly; Editing by Sam Holmes)