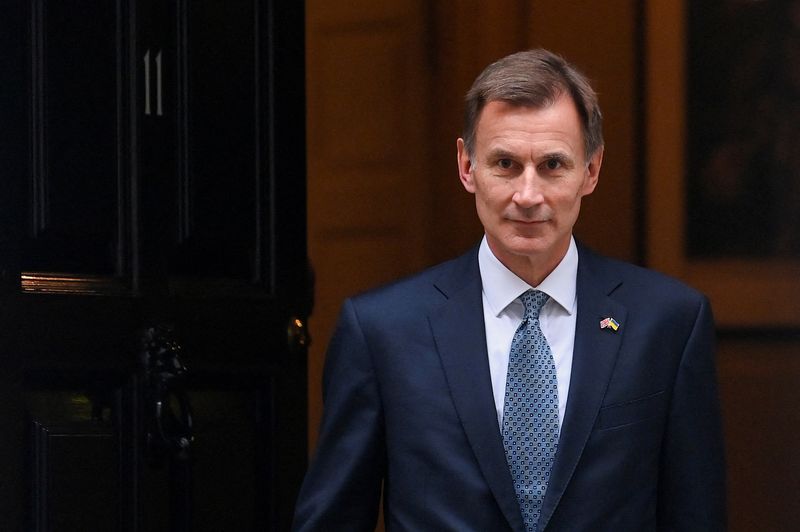 LONDON (Reuters) - British finance minister Jeremy Hunt appears to have delayed the "properly tough" decisions needed to balance the public finances, possibly in the hope of an economic upturn that will reduce the need for a painful squeeze, a think-tank said.

"Hemmed in by rising interest payments and poor growth prospects, the chancellor decided to allow borrowing to rise, and to put off properly tough decisions for another couple of years," Paul Johnson, director of the Institute for Fiscal Studies, said on Friday.

"He may hope that things will look better by then, or perhaps that it will be somebody else's problem."

But while taxes will start to rise immediately, almost all spending cuts will be delayed until after 2024, when the next national election is expected.

The economy is also wrestling with inflation at a 41-year high of 11.1% - fuelled largely by a surge in gas prices after Russia's invasion of Ukraine - that threatens to cause the biggest fall in living standards since records began in the 1950s.

"The truth is we just got a lot poorer. We are in for a long, hard, unpleasant journey - a journey that has been made more arduous than it might have been by a series of economic own goals," Johnson said.

The IFS criticised Hunt's decision to delay by two years reforms to social care, which it feared would be a "death knell" for the proposals, and also highlighted a surge in spending on disability benefits.