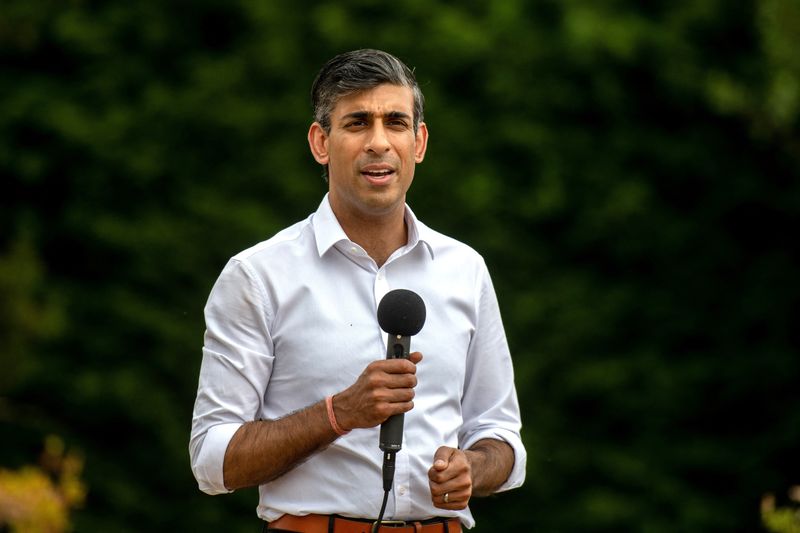 LONDON (Reuters) - British leadership candidate Rishi Sunak said on Monday that excessive government borrowing in the face of rising inflation and interest rates would be unwise as he set out his plans to cut the basic rate of income tax by 20% by 2029.

"I don't think embarking on a spree of excessive borrowing at a time when inflation and interest rates are already on the rise would be wise," Sunak, whose opponent Liz Truss has promised immediate tax cuts, told BBC Radio.

"But we need to also look beyond that. And that's why I want to give people a sense of where I want to take the economy once we grip inflation."