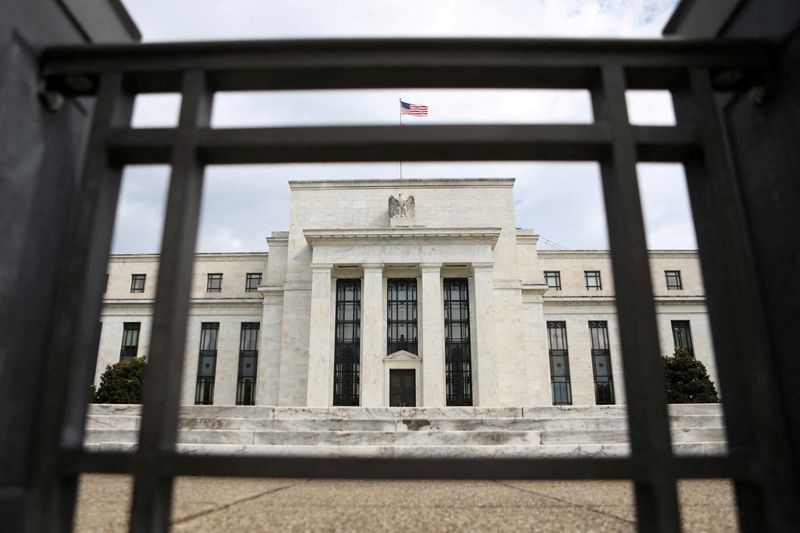 The economy added 528,000 jobs last month, the Labor Department said in its closely watched employment report on Friday, a far larger-than-expected number than expected. Data for June was revised higher to show 398,000 jobs created instead of the previously reported 372,000, while the unemployment rate fell to a pre-pandemic low of 3.5%.

The strength of the labor market is a double-edged sword for Fed officials. They see it as an encouraging sign they can continue to raise rates to tame inflation without causing a sharp spike in the unemployment rate, but also a concerning one given the labor market will need to cool to help ease price pressures.

Friday's blowout number of job gains will likely on balance give policymakers further pause for thought on whether they are raising rates quickly enough to bring down inflation. An extremely tight jobs market has been fueling strong wage growth and Friday's report showed average hourly earnings rising more than expected, to 5.2% from one year previously.

"This is very hot employment data. It means the Fed is going to continue to raise interest rates," said Peter Cardillo, chief market economist at Spartan Capital Securities. "I'm surprised in the strength in wage growth, I was looking for a cooling off."

Investors in futures contracts tied to the Fed's benchmark overnight interest rate immediately upped their bets the central bank would raise its policy rate by 75 basis points in September to an almost 70% probability, up from around 40% before the employment report.

Fed Chair Jerome Powell already flagged last week the central bank may consider another "unusually large" rate hike at the Sept. 20-21 meeting, seen as a decision between a 50 basis point or 75 basis point move, with officials guided in their decision making by a ream of critical data points covering inflation, employment, consumer spending and economic growth between now and then. [L1N2ZG1RF]

There is now only one more monthly jobs report before that meeting while inflation has for months confounded expectations that it would ease and remains, by the Fed's preferred measure, more than three times the target.

Attention will now turn to next Wednesday's key Consumer Price Index inflation reading as the central bank plots its path.

Whether the Fed will go ahead with a third straight 75-basis-point rate hike at its policy meeting next month - a pace unmatched in more than a generation - or dial back a bit is of central interest to investors, businesses and consumers who are increasingly fearful that the central bank's inflation fight may ultimately trigger a recession.

A procession of policymakers this week have shown stiffening resolve to continue the aggressive monetary tightening, with nearly all of them making plain the central bank remains determined to press ahead with rate hikes until it sees strong and long-lasting evidence that inflation is on track back down to the Fed's 2% goal.

Friday's job gains likely will have only furthered that determination. "Anyone that was inclined to jump on board the pivot train is likely to jump off at the next station. This is not indicative of a Fed that will need to shift gears next year and start cutting (rates). The pivot narrative has been put to bed," said Art Hogan, chief market strategist at B. Riley.