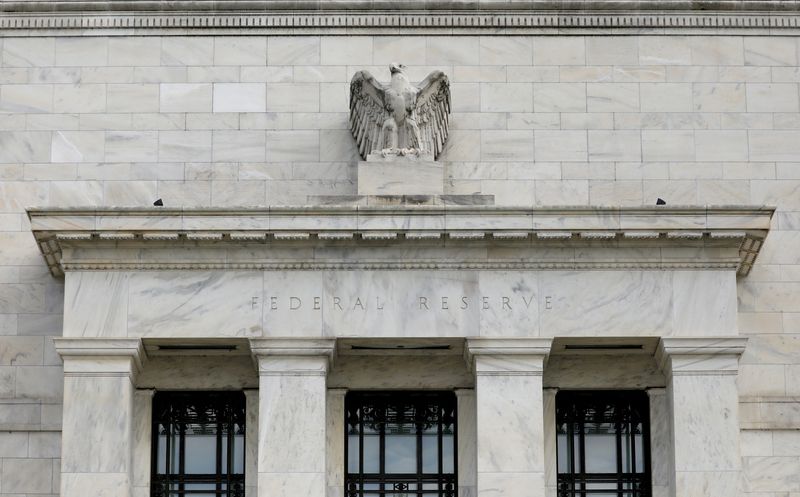 (Reuters) - The U.S. economy expanded at a modest pace through the end of last year, with American firms saying growth continues to be constrained by supply chain disruptions and labor shortages while prices exhibited "solid growth," a survey conducted by the Federal Reserve showed on Wednesday.

"Although optimism remained high generally, several districts cited reports from businesses that expectations for growth over the next several months cooled somewhat during the last few weeks," the U.S. central bank said in its latest "Beige Book" report of the economy, which is compiled from anecdotal evidence derived from business contacts nationwide.

The report also noted "a sharp pull back" in leisure travel, hotel occupancy and patronage at restaurants as the number of new coronavirus cases rose.

With inflation now persistently running at more than twice its flexible 2% annual target, the Fed is already taking measures to rein it in and has signaled that the era of ultra-easy monetary policy in place since the onset of the coronavirus pandemic is effectively over, even as the Omicron variant spurs a record wave of infections across the country and around the world.

On Tuesday, Fed Chair Jerome Powell told the U.S. Senate Banking Committee during his confirmation hearing for a second term as central bank chief that the economy should weather the current COVID-19 surge with only "short-lived" impacts and was ready for the start of tighter monetary policy.

The Fed began reducing its monthly purchases of Treasuries and mortgage-backed securities, introduced to help nurse the economy through the COVID-19 pandemic, in November and is now set to taper that program completely by mid-March, clearing the way for it to begin hiking interest rates at its March 15-16 policy meeting.

Data from the U.S. Labor Department earlier on Wednesday showed prices at the consumer level rising by 7% on a year-over-year basis in December, the fastest pace of increase since 1982, although officials and private economists see it near the cresting point.