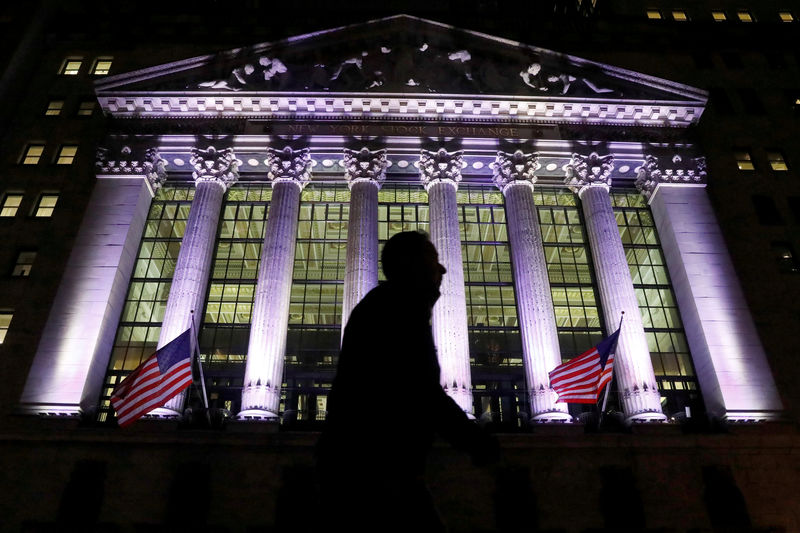 Investing.com -- There's one last big dump of U.S. economic data before the holiday, with jobless claims, personal income and spending and more consumer price data for November all due. Vladimir Putin goes on an extended rant about NATO, but conspicuously omits to repeat his threat of military action against Ukraine. Fresh studies add to evidence that Omicron could be the beginning of the end of the pandemic. And Elon Musk says he's nearly finished offloading Tesla (NASDAQ:TSLA) stock. Here's what you need to know in financial markets on Thursday, 23rd December.

The last major economic data before the holiday season arrive at 8:30 AM ET (1330 GMT), with the publication of last week's jobless claims, and November data for personal income and spending, as well as the price index for personal consumer expenditures. Analysts are also on the lookout for a slowdown in spending, amid suspicions that rising prices and the depletion of forced savings are taking their toll.

The PCE price indices are, of course, the Federal Reserve's preferred measure of inflation and will likely gain the most attention accordingly. Core PCE prices are expected to have continued rising at a solid clip of 0.4% on the month, as in October.

Initial jobless claims are expected to have stayed around last week's level of 206,000, a historically low level that hints at widespread labor hoarding by employers who are struggling to find staff. Durable goods orders for November are also due

China locked down the 13 million inhabitants of Xi'an in the west-central province of Shaanxi, trying to stamp out a local outbreak of Covid-19. The lockdown, reported to be the harshest since the one imposed on Wuhan at the start of the pandemic, is a characteristically extreme reaction from one of the few countries in the world that still has a zero-tolerance approach to the Coronavirus, at a time when it is becoming endemic in many other parts of the world.

The outbreak comes only a few weeks ahead of the Winter Olympics in Beijing, an event from which foreign visitors have already been banned. The Summer Olympic games in Tokyo had led to a spike in Covid-19 cases in Japan earlier this year, as the activities of various athletes and others associated with the games accelerated the spread of the then-dominant Delta variant.

The news elsewhere on the Covid-19 front was considerably better. Fresh data from Denmark, the U.K. and South Africa all added evidence to support the view that the new Omicron strain is less likely to cause serious illness.  AstraZeneca (NASDAQ:AZN) joined Pfizer (NYSE:PFE) and Moderna (NASDAQ:MRNA) in producing trial results to show that a booster jab of its Covid-19 vaccine largely restored a person's immune response to the virus. However, other trial data showed that the Sinovac vaccine, the mainstay of China's immunization program, didn't have the same effect.

Travel and tourism-related stocks rebounded sharply on the news in Europe, although discount airline Ryanair was forced to guide for a wider net loss due to the recent European bans on tourist arrivals from the U.K.

U.S. stock markets are set to drift higher at the open on the more positive news from the pandemic, pending the release of the data mentioned above.

Stocks likely to be in focus later include Tesla, which bounced over 7% on Wednesday after CEO Elon Musk tweeted that he was nearly done selling stock to meet his tax bill. Filings suggest he has sold around $15 billion, compared to Musk's own estimate of $11 billion in tax liabilities this year. Also in focus will be Tencent, after it announced plans to distribute its entire stake in e-commerce giant JD (NASDAQ:JD).com to shareholders, a move seen as a response to pressure from Chinese antitrust regulators earlier this year.

As expeced, Russian President Vladimir Putin set aside ample time in his annual marathon press conference for a lengthy tirade against the U.S. and its NATO allies, repeating a series of allegations of malicious and aggressive intent by the West that were almost without exception either unprovable or unsubstantiated.

These included claims that the U.S. is set to deploy hypersonic weapons in Ukraine. The U.S. - unlike Russia - has not yet developed hypersonic weapons, nor is Ukraine likely to be admitted to NATO in any foreseeable timeframe.

However, Putin chose not to repeat the explicit threat of military action against Ukraine that he had aired in a speech to his defense chiefs earlier this week. The shift in rhetoric, coupled with the arrival of warmer weather and a handful of liquefied natural gas cargoes in Europe, led the spike in European energy markets to unwind markedly.

Crude oil prices were lifted overnight by the general improvement in risk appetite, with the Omicron news restoring a bit of faith in demand for air travel next year.

Also helping was the U.S. government's weekly report on oil inventories on Wednesday, which showed an even bigger drop in crude stockpiles than the American Petroleum Institute had done.