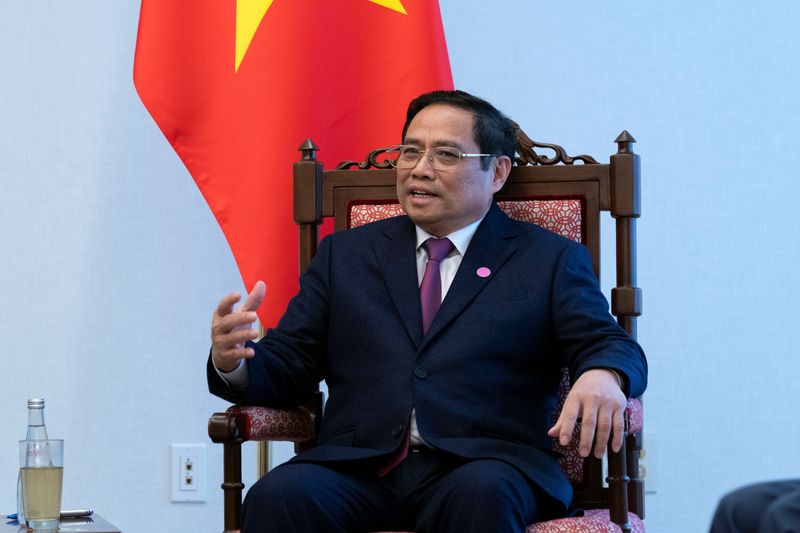 HANOI (Reuters) - Vietnam will consider lifting the cap on its credit growth, its prime minister said, as the economy is facing pressure from higher interest rates and tightening credit conditions.

The move is aimed at "both ensuring the safety of the banking system and macroeconomic stability while boosting economic growth," Pham Minh Chinh said in a statement released on Friday on the government's website.

Vietnam previously put a cap of 14% on credit growth this year. Chinh didn't say by how much the cap would be lifted.

The country has one of the fastest growing economies in Asia, backed by strong manufacturing and robust exports. Its economic expansion also relies heavily on strong credit growth.

Vietnam's economy has rebounded from the COVID-19 pandemic, but has recently faced numerous challenges, with weakening global demand and a strengthening U.S. dollar prompting the central bank to raise its policy rates by a combined 200 basis points and allow the dong currency to weaken against dollar.

The rate hikes, coupled with the government's move to tighten rules on corporate bond issuance and restrict their refinancing, have left the economy facing a credit crunch.

Chinh is instructing the banking and finance sectors to "work out measures to tackle the difficulties and fix inappropriate rules," the government's Friday statement said.