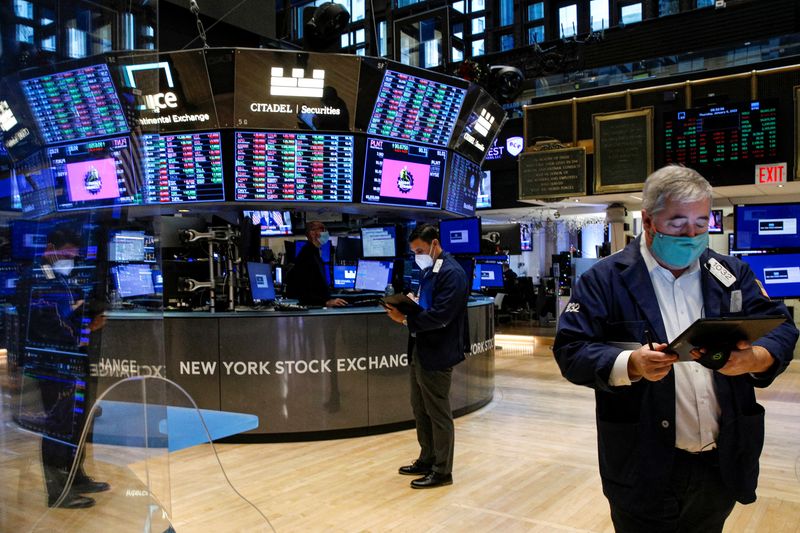 Seven of the 11 major S&P sectors advanced in early trading. Defensive sectors were the sole losers, while energy, financials and industrials outperformed. The banking index added 0.9%.

Economists surveyed by Reuters expected nonfarm payrolls to increase by 400,000 jobs in December. The average hourly earnings rose by 0.6% against expectations of 0.4%.

"This employment report continues to underscore the idea that the Fed will have to tackle inflation in a tight labor market," said Michael Arone, chief investment strategist at State Street (NYSE:STT) Global Advisors in Boston.

Fed funds futures imply a 90% chance of a 25-basis point tightening at the March Fed meeting, and at least three interest rate hikes by the end of the year.

The data comes after the minutes from the Federal Reserve's December meeting signaled the central bank may have to raise interest rates sooner than expected amid a "very tight" job market and unabated inflation.

The hawkish tone spurred a rally in U.S. Treasury yields, prompting investors to swap technology-heavy growth shares with more cyclical parts of the market that tend to do better in a high interest-rate environment. [US/]

The S&P 500 energy sector, which has gained 9.2% so far this week, was set for its best weekly rise in ten months. The broader value index added 0.9% this week, outperforming its growth counterpart, which is eyeing its worst week since late February 2021.

All the three major Wall Street indexes are set for a weekly fall.

"Meme stock" GameStop Corp (NYSE:GME) jumped 11.1% after the video game retailer said it is launching a division to develop a marketplace for nonfungible tokens and establish cryptocurrency partnerships.

The S&P index recorded 22 new 52-week highs and one new low, while the Nasdaq recorded 43 new highs and 67 new lows.