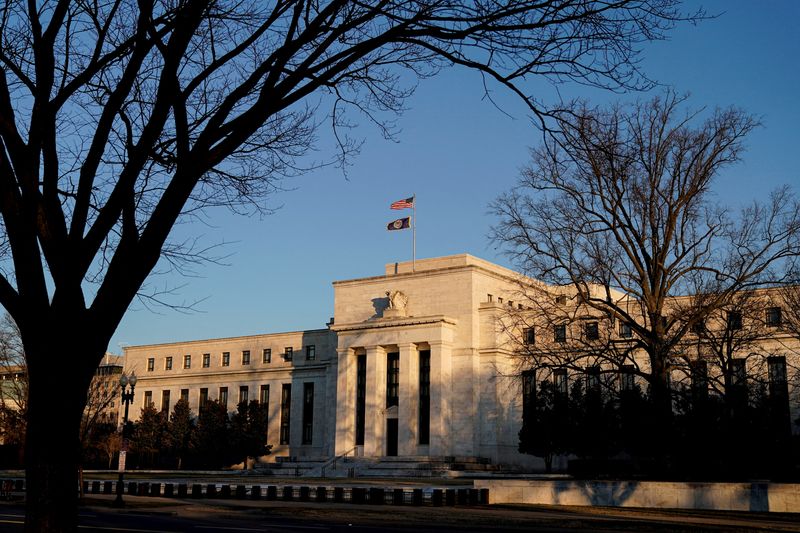 © Reuters. FILE PHOTO: The Federal Reserve building is seen before the Federal Reserve board is expected to signal plans to raise interest rates in March as it focuses on fighting inflation in Washington, U.S., January 26, 2022. REUTERS/Joshua Roberts/File Photo

The Fed raised its target interest rate by three-quarters of a percentage point, the most by the U.S. central bank since 1994, as it seeks to tame red-hot inflation. [FED/]

The central bank faces the task of charting a course for the economy to weather rate increases without a repeat of the 1970s-style predicament when the central bank's interest hikes aimed at fighting inflation resulted in a steep recession.

Inflation, which has become a hot-button political issue, has worsened with the Ukraine war, hitting market sentiment and piling pressure on to an already battered supply chain.

However, since banks make money on the difference between what they earn from lending and payouts on deposits and other funds, they typically thrive in a high interest rate environment.