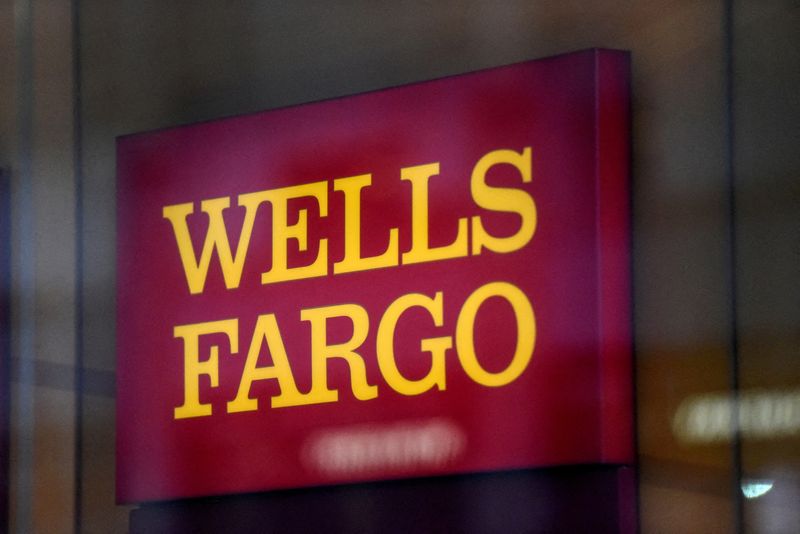 (Reuters) - Wells Fargo (NYSE:WFC) & Co shares have rallied ahead of its quarterly earnings later this week as analysts expect the U.S. central bank to lift a damaging asset cap that has curtailed growth at the lender amid signs of rising interest rates.

Shares of the San Francisco-based bank have jumped 14% so far in 2022, with analysts anticipating a 67% profit surge in the fourth quarter.

Wells Fargo, primarily focused on the lending business, has reined in costs as it grapples with the aftermath of a sales practices scandal that first came to light in 2016 and forced the Federal Reserve to cap its assets at $1.95 trillion.

The asset cap has restricted the loan and deposit growth needed to boost interest income and cover costs at the country's fourth-largest lender, while rival balance sheets have swelled.

It remains unclear how much longer the cap would stay in place, but recent brokerage action has been bullish, with Barclays (LON:BARC) last week saying it expects the lender to benefit from "substantial progress" on its regulatory issues and cost cuts.

"That balancing act - cutting expenses while maintaining service, controlling risk and avoiding adverse publicity - is not an easy task. But for now, they appear once again to be on plan," said Rick Meckler, partner at Cherry Lane Investments in New Vernon, New Jersey.

"Investors are hoping that new management has finally put the recent scandals behind them and can rehabilitate what was once a premier banking brand."

Jefferies, Raymond James and Evercore ISI are among the brokerages that named the bank among their top picks, while CFRA Research expects Wells Fargo and Bank of America Corp (NYSE:BAC) to benefit the most in the rising interest rate environment.

Since the start of 2022, investors have swapped technology shares for economy-linked stocks such as banks as the U.S. Treasury yield curve steepens. A steeper yield curve boosts profitability for banks, allowing them to borrow relatively cheaper in the short term and earn more on longer-term lending.

The S&P 500 banks index, which last week logged its sharpest percentage jump since November 2020, was trading at an all-time high on Monday.

See a related graphic on Wells Fargo shares outpace peers over the past year: https://fingfx.thomsonreuters.com/gfx/mkt/klvykqqqovg/WFC.PNG