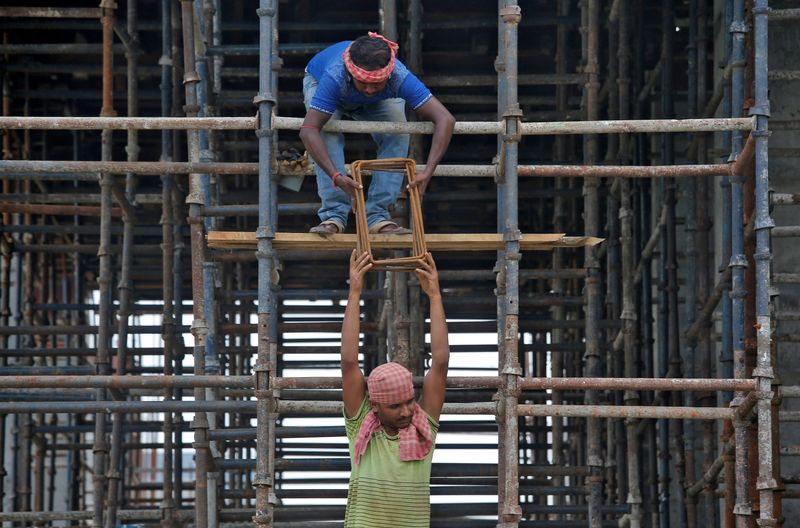 © Reuters. Labourers work at the construction site of a residential building on the outskirts of Kolkata, India, July 5, 2019. REUTERS/Rupak De Chowdhuri/Files

MUMBAI (Reuters) - India's economic growth will slow to 6.6% in the next fiscal year from an expected 6.9% in the current year, the World Bank said in its latest economic update.

"The slowdown in the global economy and rising uncertainty will weigh on export and investment growth," the World Bank said.

Increased infrastructure spending and "business facilitation measures" will, however, crowd-in private investment and support the expansion of manufacturing capacity, it added.

India is expected to be the fastest-growing economy of the seven largest emerging markets and developing economies, it said.

Beyond the fiscal year ending March 2024, growth in India is likely to slip back towards its potential rate of just over 6%, the bank added.

Globally, the bank is forecasting a sharp, long-lasting slowdown, with global growth declining to 1.7% in 2023 from the 3% expected just six months ago.