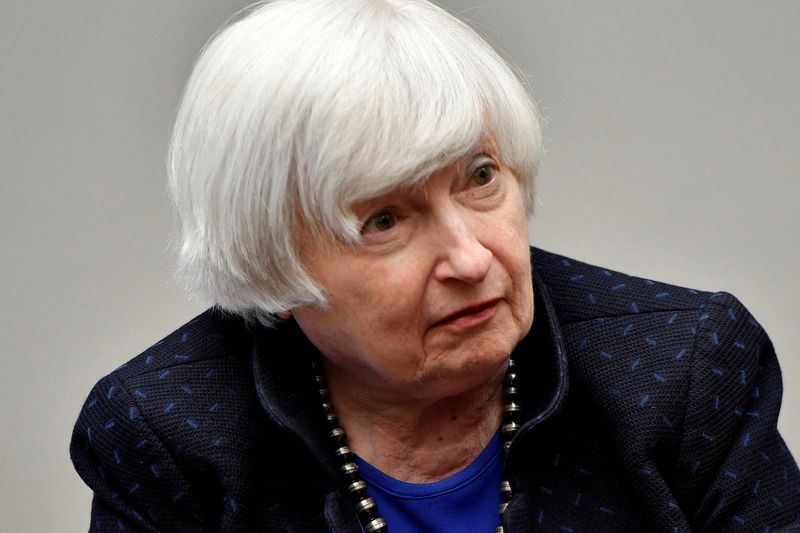 Yellen, in remarks to the Brookings Institution in Washington, said that recent recessions, including the one in 2020 triggered by the COVID pandemic, showed that rapid receipt of cash assistance is important for workers who have lost income.

But more study is needed to pinpoint when and how that cash assistance should be delivered and how it should interact with existing social safety nets, she added.

"Every recession in recent decades has reinforced the need for a flexible, automatic response. Well-designed automatic stabilizers are the best remedy," Yellen said.

Recessions have exacted heavy tolls, she said, noting that the average output loss during the last seven U.S. recessions was 3.2% of GDP, with increased unemployment in excess of the natural rate averaging 4.5 percentage points.

Yellen said that relief and recovery policies enacted during the pandemic were heavily influenced by the 2007-2009 Great Recession, which resulted in deep unemployment, widespread loss of homes and bankruptcies.

She said that pandemic rental assistance programs to keep people from losing their housing pointed to the need for a more permanent rental safety net.

Yellen said that automatic stabilizing mechanisms should expand to include not only income support but also housing, nutrition and health care.

"Preparing for the next recession means not only improving existing stabilizers but expanding their reach to other forms of social support and building the 'pipes' to distribute relief in a timely manner," Yellen said.

But these policies should aim to keep workers on payrolls and "preserve attachment to the labor force in an economic downturn."

Efforts to keep businesses afloat and avoid layoffs during the pandemic have shown a strong rebound in employment and avoided the high levels of long-term unemployment seen after the financial crisis more than a decade ago, she said.