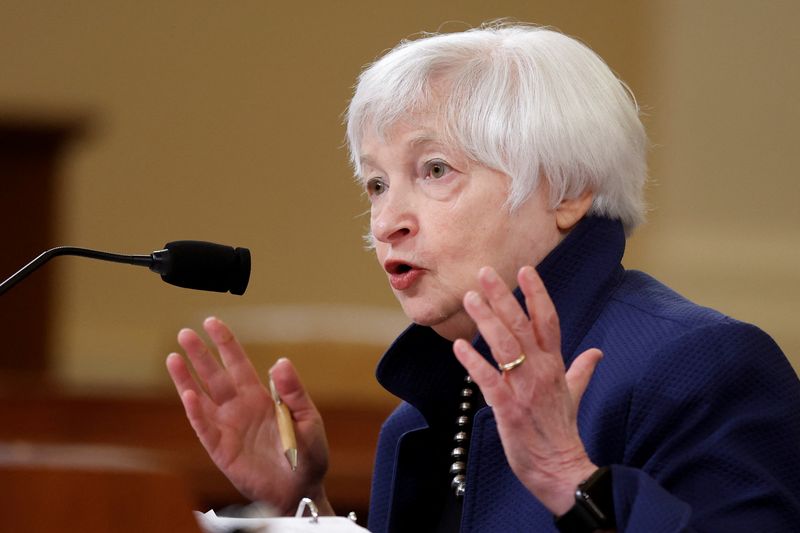 WASHINGTON (Reuters) - U.S. Treasury Secretary Janet Yellen said on Thursday she does not think the U.S. economy is going to experience a recession, but gasoline prices were unlikely to fall anytime soon.

"I don't think we're (going to) have a recession. Consumer spending is very strong. Investment spending is solid. I expect growth to slow down," she told a New York Times Dealbook event.